To share your memory on the wall of Armand Becker, sign in using one of the following options:

Provide comfort for the family of Armand Becker with a meaningful gesture of sympathy.

To send flowers to the family or plant a tree in memory of Armand Oscar ""Ozzie"" Becker, please visit our Heartfelt Sympathies Store.

Receive notifications about information and event scheduling for Armand

We encourage you to share your most beloved memories of Armand here, so that the family and other loved ones can always see it. You can upload cherished photographs, or share your favorite stories, and can even comment on those shared by others.

Linda, Dustin, Casey Smith and Family, Holly Lor, and others have sent flowers to the family of Armand Oscar ""Ozzie"" Becker.
Show you care by sending flowers

Posted Jan 11, 2019 at 11:47am
Please accept this note of sympathy regarding the loss of Ozzie. May the God of all Comfort give you real comfort from the Scriptures. The Bible can be a real source of comfort. It tells us what happens to our loved ones when they die (Eccl 9:5,10), and it tells of the hope of a resurrection where God will bring our loved ones back to life on this Earth that will be transformed into a beautiful paradise  and be free from sickness and death(Acts 24:15). I warmly encourage you to visit jw.org to find out more about God's trustworthy promise of the resurrection. Best wishes to you & your family.
Comment Share
Share via:
LF

Posted Jan 09, 2019 at 04:10pm
With our love and heartfelt sympathy in the loss of dear Uncle Ozzie. Diane and I shared our families, and memories of him were some of my favorites. His sense of humor and smile made our encounters so much fun, as well as giving us grateful hearts for his patronage and service as a board member of the West Bend Consumers Cooperative back in the days when my Dad Harvey Dhein was manager. Sincere wishes for peace as you move forward. God bless you all!
Comment Share
Share via:
M

Posted Jan 09, 2019 at 10:21am
With sympathy to the Becker family. Please go to Jehovah God in prayer, because He is the source of all comfort. He is s stronghold to those in distress. Psalm 55:22. Also, I hope you find comfort in your memories of Mr. Becker.
Comment Share
Share via: 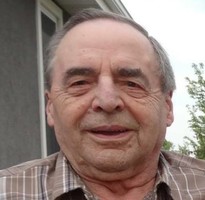 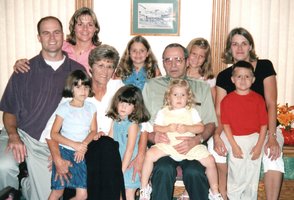