To share your memory on the wall of Arthur Melius, sign in using one of the following options:

Print
Arthur John Melius, age 95, of the Town of Polk, died peacefully at his home with his family by his side on November 6, 2020. He was preceded in death by his loving wife Betsy (nee Wadewitz).

Arthur is survived by his four daughters: Sus... Read More
Arthur John Melius, age 95, of the Town of Polk, died peacefully at his home with his family by his side on November 6, 2020. He was preceded in death by his loving wife Betsy (nee Wadewitz).

Arthur is best known as “Artie” to many. He graduated from West Bend High School Class of 1942. After graduation, he began a dairy farm business with his three brothers under Melius Brothers partnership. When he retired from farming, he worked at Kindt Building Supply and later with Wicke’s Lumber Company.

Artie demonstrated his love of God to his daughters, grandchildren and great-grandchildren.

Funeral Services for Arthur will be held at 11:30am on Saturday November 14th at the Phillip Funeral Home Chapel (1420 W Paradise Dr. West Bend) with Pastor Ingrid Goranson presiding. Visitation will be held at the funeral home on Saturday from 9:30am until 11:15am. Final place of rest will be at Washington County Memorial Park.

Live streaming of the Funeral Service will be at 11:30am on the Phillip Funeral Homes Facebook page

In lieu of flowers, the family requests donations be given to the American Cancer Society or to the Milwaukee Rescue Mission.
Read Less

To send flowers to the family or plant a tree in memory of Arthur John Melius, please visit our Heartfelt Sympathies Store.

Receive notifications about information and event scheduling for Arthur

We encourage you to share your most beloved memories of Arthur here, so that the family and other loved ones can always see it. You can upload cherished photographs, or share your favorite stories, and can even comment on those shared by others. 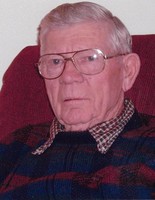