Obituary for Barbara A. Herriges (Sinski) 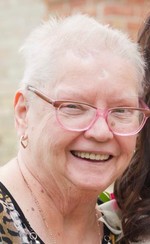 Another angel was called to heaven Saturday, August 3rd. Barbara Ann Herriges (Sinski), age 83, passed away peacefully in the presence of her family.

A Funeral Service for Barbara will be held at 7:00 PM on Tuesday, August 6th at the Phillip Funeral Home Chapel (1420 W. Paradise Drive, West Bend WI, 53095) with Deacon Mark Jansen officiating. A visitation will take place at the funeral home from 4:00 until the time of service. Private family interment at Highland Memorial Park.

The family would like to thank the staff and nurses at Cedar Bay West for their kind and compassionate care of our beloved GG. She will be greatly missed.