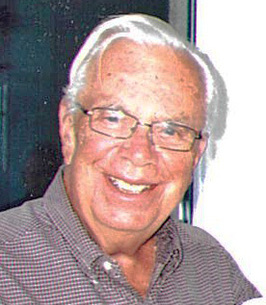 Bernard “Bernie” J. Olson, age 88, passed away on Tuesday, April 7, 2020 at The Pavilion at Glacier Hills in Slinger. He was born on August 4, 1931 in Minneapolis, MN to Bernard and Barbara (Tollefarud) Olson.

Bernie is preceded in death by first wife Patricia Olson

Bernie is a graduate of Wauwatosa High School and Marquette University. He was in the National Guard before enlisting in the Air Force and was stationed at Truax Field as a security correspondent for the airmen during the time of the Korean War.

Bernie was a long time Wisconsin resident. He was retired from the J.C. Penney Co. where he had been Controller. He was always interested in astronomy and had a telescope to view the stars before his vision worsened. He liked fishing, boating, biking, hiking, photography and golf until health issues held those back. He also liked to travel and had seen many parts of the country and Europe and Hawaii. He and Jean were residents of Florida until the last two years when they returned to Wisconsin to reside. He will be greatly missed by all of his family and extended family.

Due to CDC restrictions, a Celebration of Life will held be at a later date.

Memorials are appreciated to the family in lieu of flowers.

A special thank you to The Pavilion at Glacier Valley.