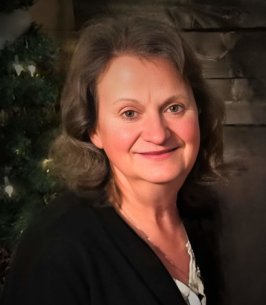 Brenda V. Herther, age 66, of West Bend, WI, a caring, patient, loving, kind servant of the Lord was called to glory by her Savior on July 14 in the presence of her family at home.

Brenda was born on May 11, 1956 the daughter of Clarence and Esther(Neitzel) Wasmund in Hartford, WI. She was united in marriage to James E. Herther on January 22, 1977 at Faith United Church of Christ in Slinger, WI. She spent her life working originally at City Bakery in West Bend, then Jim’s Bakery, and later at Jim’s Place in Slinger. In her spare time she enjoyed investing in her grandchildren and spending time in her garden with her flowers. She was also actively involved in the Auxiliary of The Gideons International.

She was preceded in death by her father Clarence, sister Loraine, and brother-in-law Tom Braun.

A Funeral Service will be at 6:00PM on Tuesday, July 19, 2022 at the Phillip Funeral Home Chapel (1420 W. Paradise Dr. West Bend, WI 53095) with her son-in-law Pastor Andy Kern presiding. Visitation will be at the funeral home prior on Tuesday, July 19th from 2:00PM until 5:45PM. Interment will be at Wisconsin Memorial Park.

The family would like to thank Froedtert Hospital of Wisconsin and Horizon Home Care & Hospice for their care during this time.

In lieu of flowers the family asks that you donate to The Gideons International.