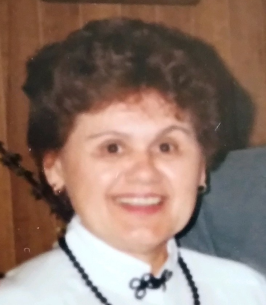 Brigitte E. Schmidtke (Buchholz), age 91, passed away peacefully on Sunday, July 10, 2022, at The Kathy Hospice in West Bend. She was born on December 2nd, 1930, in Königsberg, Germany to Arthur and Frieda Buchholz.

Brigitte lived a life full of love and laughter, as well as loss and pain. In Germany, she and her family became refugees, fleeing from the war raging around them. She would later relocate to another part of the country where she would ask a man named Bruno to dance, and at 16 years old they would fall in love. Brigitte and Bruno were married on September 26th, 1953, in Schwenningen, Germany. Then in 1956, they immigrated to the United States. Together they had two daughters, Dagmar and Heidi. Brigitte worked as a cook in the Hartford Hospital. Once her grandchildren arrived, her primary job was being a grandmother. She was a great cook and baker; nobody can do an apple kuchen like her! She knew when to give advice and when to just listen. She loved reading, going for walks, and spending time at the library. She was an outstanding wife, mom, and grandma.

Brigitte was guided to heaven by both her parents, siblings Dolores and Dietmar, and grandson Adam Bartley.

A Private Family Service will be held for her.

In lieu of flowers, donations can be made to the Alzheimer’s Association at alz.org in her memory.

A special thank you to the staff and caregivers at Lawlis Hospice and Kathy Hospice, as well as the volunteer workers at Kathy Hospice. Everyone took astounding care of Brigitte as well as her visitors. Our deepest gratitude cannot be expressed enough!