To share your memory on the wall of Carl Schmitz, sign in using one of the following options:

Carl’s happy place was the cottage on Crystal Lake where he and Audrey made lifelong friends while boating, skiing and snowmobiling. Later, they moved to Little Cedar Lake in West Bend where they made many more happy memories with family and friends. In the early 90s they became snowbirds and traveled between Naples, FL and West Bend for the next 17 years.

He is further survived by nieces, nephews, other relatives and friends.

A Funeral Service for Carl will be Tuesday, June 1, 2021 at 1:30PM at the Phillip Funeral Home Chapel (1420 W. Paradise Dr. West Bend, WI 53095) with Fr. Richard Stoffel presiding. Visitation will be held at the funeral home Tuesday, June 1st from 11:30AM until 1:15PM. Entombment will follow at Washington County Memorial Park with Military Honors.

In lieu of flowers, memorials are appreciated to Stars and Stripes Honor Flights or Disabled American Veterans Foundation.

A special thank you to caregivers, Lisa, Nikki and Kathy as well as the staff at Legacy Hospice.
Read Less

To send flowers to the family or plant a tree in memory of Carl H. Schmitz, please visit our Heartfelt Sympathies Store.

Receive notifications about information and event scheduling for Carl

We encourage you to share your most beloved memories of Carl here, so that the family and other loved ones can always see it. You can upload cherished photographs, or share your favorite stories, and can even comment on those shared by others.

Posted May 27, 2021 at 02:45pm
Praying for comfort for you and your family during this difficult time. Your Linden Grove Therapy family.

Medium Dish Garden was purchased for the family of Carl Schmitz. Send Flowers 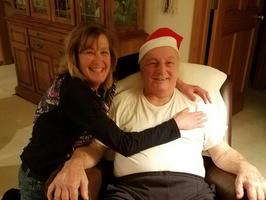 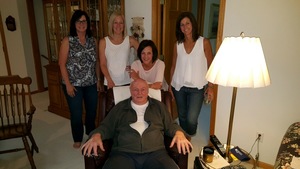 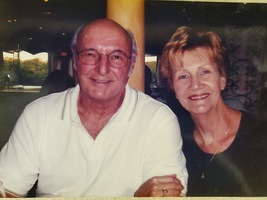