To share your memory on the wall of Chester Woerishofer, sign in using one of the following options:

Provide comfort for the family of Chester Woerishofer with a meaningful gesture of sympathy.

There will be a Funeral Service for Chester at 11AM on Friday, August 30th at St. Luke Lutheran Church (4860 Arthur Road, Slinger, WI 53086). Interment will take place at a later date.

The family of Chester would like to thank the staff at The Pavilion at Glacier Hills in Slinger and Allay Home and Hospice.

We encourage you to share your most beloved memories of Chester here, so that the family and other loved ones can always see it. You can upload cherished photographs, or share your favorite stories, and can even comment on those shared by others.

Posted Nov 23, 2019 at 11:57pm
In memory of Chester Woerishofer, father of our sister-in-law Wendy Herzfeldt.

Posted Aug 29, 2019 at 10:48am
After retiring from his career as a baker, Chet began working at his church. This connection became an important part of his life as he came to know the love of his Lord and Savior through the people and pastors of his church. We are thankful for the gift of all those who worshipped with him, as well as his loving family who supported him on this sacred journey.
Karen Nagy
Comment Share
Share via:
JN

Posted Aug 29, 2019 at 10:44am
I have fond memories of a brother-in-law who grilled delicious brats and introduced me to "Fry Bread" on one of our rides through the beautiful Wisconsin countryside. Missing those special times together.
Joe Nagy Sr.
Comment Share
Share via:

Posted Aug 28, 2019 at 08:04pm
Chet was my uncle- and quite a character. His backhanded compliments were famous in the family-- for example, when you said to him ..."see ya next week", he would dryly chuckle and reply ..."thanks for the warning". THAT was Chet. A gruff outdoorsman he was, softened up in his later years by grandkids and retirement. He had mostly pretty good years, sprinkled in with a few difficult ones- but was healthy for almost all of them, thanks to malt beverages. I didn't see him much, but if a family reunion was getting boring, you wandered over to Chet, who was sipping a beer off to the side, and loading up his joke gun for another off-color zinger. Chet had a blue-collar background, but he was Red, White, and Blue to the core. He loved WIsconsin... heck... he WAS Wisconsin... and he never left it, unlike much of the Knaack side of the family, many of who who bolted for warmer climes decades ago. Because much of his immediate family was still nearby, he had a good support system, a huge boost near the end. His ice fishing stories were legend- I just wish I could hear them again. Adios, Amigo, you will be missed.... -Joe Nagy, Jr.
Comment Share
Share via:
JA 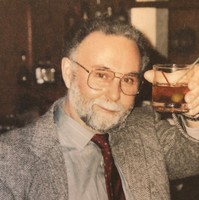 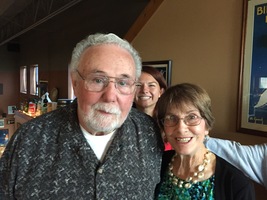