To share your memory on the wall of Chris Ellis, sign in using one of the following options:

Chris and Carol were married in 1994. In addition to his wife, he is survived by his two children, Adam and Emily. Chris is further survived by his mother, Clare (Emerson) Ellis, siblings, Thomas Ellis, Jr., Kathy (Bob) Twaroski, and Jean Ellis, along with numerous nieces, nephews, many family members and dear friends.

He was preceded in death by his father Thomas Ellis, Sr. as well as his grandparents, and some aunts, uncles, and cousins.

Chris began his lifelong career as a pressman working alongside his dad, building the family business. After that business sold, he continued on this career path.

Chris loved the outdoors, whether that was hunting, fishing, kayaking, camping, or hiking. He also had a love for photography and woodworking.

We encourage you to share your most beloved memories of Chris here, so that the family and other loved ones can always see it. You can upload cherished photographs, or share your favorite stories, and can even comment on those shared by others.

Posted Jan 24, 2020 at 11:28am
I enjoyed working with Chris over the years. He was a dedicated, hard worker. Always cheerful and made the workplace better for all of us.
Comment Share
Share via:
HS

Flowers were purchased and a memorial tree planted for the family of Chris Ellis.

Posted Jan 22, 2020 at 05:42pm
What a fun guy he was! He was such a hard worker, always giving of his time and talent, and ready to help everyone. How I wish I could turn back time to spend just one more day with him. The Kaster Family purchased flowers for the family of Chris Ellis. 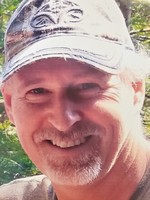