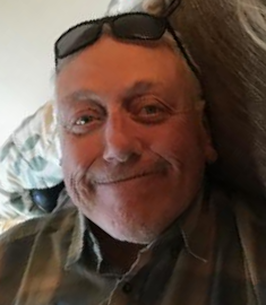 David Aiuppa escaped this mortal realm on Tuesday, May 24, 2022. Those who loved him will take comfort in the knowledge that he departed exactly the way he wanted — in his own home, and not long after enjoying a delicious slice of pizza.
He will be sorely missed by the friends and family he left behind — wife Joyce; sons (and daughters-in-law): Tony (Emily) and Zac (Iris); grandchildren: Hannah and Soren, and brother: Jon. Dave’s brother Don followed him to the great beyond just a few days after Dave himself passed. We like to think he left to keep Dave company.
Dave grew up in a large Italian-American household with his parents, his grandparents, and his uncles who were close enough to him in age that they were more like big brothers.
Dave joined the U.S. Army at age 19. He was stationed in Thailand and became a Laotian linguist and codebreaker. After his primary tour of service, he remained in the Army reserves until his honorable discharge in 1978.
One thing the Army taught Dave was that he didn’t like being bossed around very much. Upon his return to civilian life, he went into business for himself.
Dave first tried painting barns. When that proved less lucrative than anticipated, he started driving a cab. It was here that Dave found his groove. He remained a driver for the next 40 years, first for Yellow Cab before starting his business — Airport Car Service.
Dave loved, in no particular order, cars, motorcycles, old-timey cowboy songs, his grandkids, eBay, poker, and the Green Bay Packers.
Husband, father, grandfather, brother, soldier, entrepreneur. Dave was a lot of things to a lot of people, and we all miss him dearly.
Following Dave’s wishes, there will not be a funeral. He was a private and fiercely independent person in life, and he made it very clear he didn’t want that life to end with everyone sitting around being sad and gawking at him in a box.
Instead, an online “Celebration of Life” will be held so his many friends and family around the country can participate. Dave asked to be cremated, and his ashes will be scattered in places important to him. His family is still working on the details.
If you’d like to be informed of the Celebration of Life and access a permanent online memorial site where you can share your memories of Dave please make sure his family has your contact info here: https://tinyurl.com/2mykvh6a
In lieu of flowers, please consider a donation in Dave’s name to his favorite charity — the Children’s Miracle Network. You can find a donation link here: childrenswi.org/tribute