To share your memory on the wall of David Lepage, sign in using one of the following options:

Provide comfort for the family of David Lepage with a meaningful gesture of sympathy.

Print
David J. Lepage, age 45, of Campbellsport, Wisconsin, passed away peacefully at home on May 9, 2019, after fighting a one-year battle with pancreatic cancer. He fought hard until the very end.

Dave was the beloved husband of Lisa (nee St... Read More
David J. Lepage, age 45, of Campbellsport, Wisconsin, passed away peacefully at home on May 9, 2019, after fighting a one-year battle with pancreatic cancer. He fought hard until the very end.

Dave was a graduate of Arrowhead High School and the University of Wisconsin-Whitewater. He was employed as a software engineer at Quad Graphics Printing Company. Dave was a devoted husband and father who always thought of his wife and children first. He enjoyed snowmobiling, fishing, and baseball. He assisted with coaching his son's baseball team and his daughter's softball team. He also coached a winning softball team at Quad Graphics. He was an avid fan of the Milwaukee Brewers and the Green Bay Packers. Dave was always willing to help others.

Dave will be greatly missed by his family, other relatives, and many friends. A Celebration of Life and softball game in his honor will be held on July 10 at Fireman’s Park in Campbellsport, beginning at 3:00 PM.
Read Less

We encourage you to share your most beloved memories of David here, so that the family and other loved ones can always see it. You can upload cherished photographs, or share your favorite stories, and can even comment on those shared by others.

Posted May 17, 2019 at 02:39pm
Dave was taken to soon in life! He fought hard and he will inspire others to fight as well. I have known him since as a young pup back in the days starting a QTI Engineer for Finishing and he will leave a gap here at Quad. I don't think We will be able to replace that knowledge and the pride he had in his work. Strong Family man and has a strong family. Our sincere sympathy for his family and friends...I know it will be hard, but I'm sure he will always be with you all. Mike and Tina Yeager OKC (formally WI / WESTALLIS)
Comment Share
Share via:
DZ

Posted May 17, 2019 at 12:32pm
Dave was a friend, co-worker, teammate, coach, and a mentor. Dave had a direct impact on my life and helped direct me in my career path, and I am doing what I love because of him. Sorry I didn't tell you that Dave, you'll be missed!
Comment Share
Share via:
LL

Posted May 16, 2019 at 08:18pm
Dave, there isnt a second that goes by that I dont think of you. I miss ypu much. Im broken beyond repair. You are my hero, best friend, and I cant waot for the day I can see ypu again.
Comment Share
Share via: 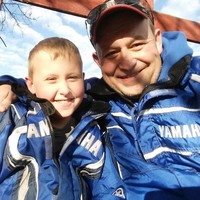 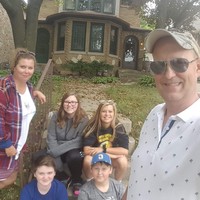