To share your memory on the wall of David Wilson, sign in using one of the following options:

He was preceded in death by his parents, siblings; Ralph, Hubert, Justin and Danny Wilson, Shelby Carsten and brother-in-law Mark Schellinger.

Private Funeral Services for David will be held at 2:00pm on Thursday, October 22nd at the Phillip Funeral Home Chapel (1420 W Paradise Dr. West Bend, WI 53095). Visitation will be held on Thursday from 1:00pm until time of service until 1:45pm.
Read Less

To send flowers to the family or plant a tree in memory of David Terry Wilson, please visit our Heartfelt Sympathies Store.

Receive notifications about information and event scheduling for David

We encourage you to share your most beloved memories of David here, so that the family and other loved ones can always see it. You can upload cherished photographs, or share your favorite stories, and can even comment on those shared by others.

Nerma (Roger) Strehlow, Rachel, and other have sent flowers to the family of David Terry Wilson.
Show you care by sending flowers

Posted Oct 25, 2020 at 12:33am
Though we never kept in touch much since our graduation from SHS, it was great to see David (Willy) at our recent get together in 2018 for the 55th year reunion of the 1963 class. I shared a number of classes with him back then, and he was always a fun guy. Sorry to hear of his passing,

Posted Oct 22, 2020 at 01:47pm
Aunt Gwen, Wendy, Debbie and Joy. My heart is breaking for you all. When I seen Uncle Dave's picture it brought back a flood of memories of my dad and him. I will tell you girls that it is hard to lose a dad, as you are experiencing first hand. It has been almost 20 years since my dad died and there isn't a day that goes by that I don't think of him and all that my boys missed out on growing up without their #1 fan. Hold on to the memories and know that we are all thinking of you and hurting with you. Sending virtual hugs to all of you during this most difficult time. It's times like these when a person realizes just how important family is and the importance of staying in touch. It seems like as we grow older and wiser, we realize it more so than we did when we were young and living the American dream and running wild.

Love and miss you all,
Mark and Sharon (Wilson) Johnson

Posted Oct 21, 2020 at 07:59pm
So sorry for your loss our thoughts and prayers are with you and your family. Love, Robert and Laura Strehlow and DeAnna Torres

Large Basket Garden was purchased and planted a memorial tree for the family of David Wilson. Send Flowers

Posted Oct 21, 2020 at 12:19pm
As you grieve know that we are remembering you and honoring the memory of Uncle Dave. Love, Robbie, Lexi, and Finnegan 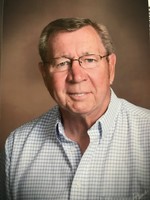 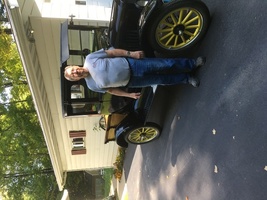