To share your memory on the wall of Debbie Bruni, sign in using one of the following options:

Debbie was a homemaker who also did childcare in her home during her children’s younger years to help make ends meet. Her hobbies included reading, traveling, country line dancing, gatherings with her family and friends, watching cooking shows and movies, writing to pen pals and maintaining friendships with lifelong friends, scripture study, and attending church. She was a devoted Latter-Day Saint and over the years had faithfully served the Lord by performing several callings within the church, which included Sunday School teacher, leading the congregation in song, and indexing and genealogy work. Debbie was baptized by proxy for many on behalf of those who have died before her. In 2008, Debbie generously donated her kidney to a stranger, who later became a good friend.

A Funeral Service for Debbie Jean will be held at 2:00pm on Thursday, May 16th, at the Church of Jesus Christ of Latter-Day Saints (120 W Paradise Dr, West Bend, WI, 53095). Visitation will be held at the church on Thursday from 12:00pm until time of service. Interment will be at Washington County Memorial Park.

Memorials to the American Diabetes Association or your choice appreciated.

“I testify that Heavenly Father lives; that Jesus Christ lives, that He is the Son of God; that we are led by a living prophet today; and that The Church of Jesus Christ of Latter-day Saints is the Savior’s true Church on the earth. Amen.”
-Debbie Jean Bruni
Read Less

To send flowers to the family or plant a tree in memory of Debbie Jean "Deb" Bruni (Vitella), please visit our Heartfelt Sympathies Store.

Receive notifications about information and event scheduling for Debbie

We encourage you to share your most beloved memories of Debbie here, so that the family and other loved ones can always see it. You can upload cherished photographs, or share your favorite stories, and can even comment on those shared by others.

Posted May 28, 2019 at 12:01pm
A Mother like no other.
Not many people in this world get to experience unconditional and pure non-judgemental love. We did. To be honest I don't know how to live without it. I guess a part of me died a little that day too. The world will never look the same again. Not once you lose someone so truly special and monumental in your life as she was. I almost feel like a rain cloud follows me everywhere I go now. Like the sun doesn't shine as bright and flowers aren't quite as brilliant. When I think of her my cloud rains a little. So I try to pretend she's sitting in her chair at home. Sneaking chocolates and enjoying a Diet Coke. Funny how the silliest things can make me cry now. Diet Cokes. My brain can't handle the reality yet. I'm not sure I will ever be at peace with not seeing my Mommy anymore.
I picture her in heaven sitting at a kitchen table talking so animatedly to her parents she's been missing all these years. Like she did when she was younger. Before her body betrayed her.

She deserved so much better than she ever got. Maybe that's what made her so humble. Who might she have been without every single struggle to perfectly shape her beautiful soul.

I realize now, I know exactly what heaven looks like. Its not magnificent mansions dripping in marble and gold. Its home. There is no where else she would rather be. Mom's heaven is at her Mom and Dad's house. Where she can speak to and hug her Mom and Dad daily. Where she loved on her brothers and sister and felt safe and protected. The old laminate kitchen table with the padded metal chairs. Where family who love each other come to laugh and reminisce.

We go through these stages in our lives. Never even realizing each transition is a chapter ending. Never knowing when our last meal, at this table, in this house, with these friends, and family will be our last. We smile in remembrance but still feel the sting in our hearts.

I will always remember her sweet smile with her head tilted just a little. Her soft voice perfectly made for singing nursery rhymes. Her gentle hugs an example of her consistent tenderness. Her hearty chuckle when you got her and she couldn't hold it back. She was the best of us. I can only hope to become half the mother she was. I love you Mommy.

Posted May 15, 2019 at 02:51pm
Deb and I loved singing together. We mostly sang when riding together in the car on the way to our destination during a lull in conversation. I was the loud singer and Deb sang soft harmony. She could harmonize to any song. It just came naturally to her. We loved to sing hymns or put in a CD and sing along to Carol King, James Taylor, the Beatles, and most recently to Jason Mraz. When our day together was done, and I was driving her back home, one of us would invariably grab the others hand and together we would begin to sing, “Sisters, sisters, never were two more devoted sisters”, then give a quick hand squeeze and smile at each other. It was our “sister ritual” until next time we were together.

Posted May 13, 2019 at 04:58pm
Bob, Our thoughts and prayers are with you. Debi was such a sweet woman and will be missed by many. You have our condolences. Love, Norb & Heidi 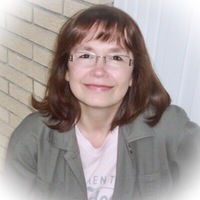 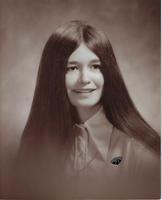 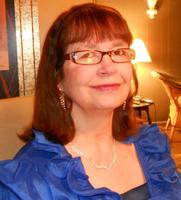