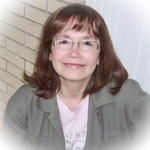 Debbie Jean Bruni (Vitella), age 65 years, passed away May 10, 2019, at the residence of her son, Chris Crane, in West Bend, WI. She was born on December 5, 1953, to James and Edith (nee Kizer) Vitella Sr. She was born in Portsmouth, VA, but was raised in Milwaukee, WI. She graduated from James Madison Senior High School in 1971.

Debbie was a homemaker who also did childcare in her home during her children’s younger years to help make ends meet. Her hobbies included reading, traveling, country line dancing, gatherings with her family and friends, watching cooking shows and movies, writing to pen pals and maintaining friendships with lifelong friends, scripture study, and attending church. She was a devoted Latter-Day Saint and over the years had faithfully served the Lord by performing several callings within the church, which included Sunday School teacher, leading the congregation in song, and indexing and genealogy work. Debbie was baptized by proxy for many on behalf of those who have died before her. In 2008, Debbie generously donated her kidney to a stranger, who later became a good friend.

A Funeral Service for Debbie Jean will be held at 2:00pm on Thursday, May 16th, at the Church of Jesus Christ of Latter-Day Saints (120 W Paradise Dr, West Bend, WI, 53095). Visitation will be held at the church on Thursday from 12:00pm until time of service. Interment will be at Washington County Memorial Park.

Memorials to the American Diabetes Association or your choice appreciated.

“I testify that Heavenly Father lives; that Jesus Christ lives, that He is the Son of God; that we are led by a living prophet today; and that The Church of Jesus Christ of Latter-day Saints is the Savior’s true Church on the earth. Amen.”
-Debbie Jean Bruni