To share your memory on the wall of Gregory Resler, sign in using one of the following options:

Provide comfort for the family of Gregory Resler with a meaningful gesture of sympathy.


His bright smile, crazy sense of humor, kindness and generosity will be greatly missed by all of those whose lives he touched. He was very hardworking and independent, and lived life on his own terms until he passed. His son and daughter will greatly miss him, but will always treasure the many great times that were spent with him.


Gregory was the youngest of four sons. He is survived by two brothers, Ed and Earl Resler. He is also survived by his two children , Michael Resler and Julie Willavage, as well as his two grandsons, Todd and Michael Willavage.
Read Less

We encourage you to share your most beloved memories of Gregory here, so that the family and other loved ones can always see it. You can upload cherished photographs, or share your favorite stories, and can even comment on those shared by others. 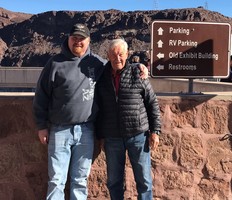