To share your memory on the wall of Howard Wilke, sign in using one of the following options:

Provide comfort for the family of Howard Wilke with a meaningful gesture of sympathy.

Howard was a lifetime farmer, operating a dairy farm with his wife. In the early years, they worked together on fieldwork and cropping with LaVerne’s parents and later worked with his daughter and son-in-law. In later years, Howard worked as a janitor at the Random Lake School District and he also worked for Robert and Dawn on their farm. Howard was a 4-H Leader for 42 years. He and LaVerne maintained the lawn at Camp Riversite for 16 years. He was well known as the leathercraft leader for the Sherman Worker’s 4-H Club, and enjoyed stamp collecting, wood carving, building bird houses, bird watching, and planting trees and shrubs for the wildlife. He also enjoyed working with draft horses and participating in local parades. Howard had a great sense of humor.

A Celebration of Howard’s Life will be held on Friday February 8th at the Silver Creek Fire Hall (W6566 Hwy 144). Friends and family may come between 4:00 pm –8:00 pm with a tribute to Howard starting at 6:00 pm with sharing of memories and stories.

Howard’s family wishes to extend special thanks to Dr. Mary Arenberg of Plymouth Family Physicians and to the Sharon Richardson Community Hospice for their wonderful compassionate care.

In lieu of flowers, a Memorial Fund will be set up in Howard’s name for 4-H Camp Riversite and the Random Lake Historical Society.
Read Less

We encourage you to share your most beloved memories of Howard here, so that the family and other loved ones can always see it. You can upload cherished photographs, or share your favorite stories, and can even comment on those shared by others.

Posted Feb 12, 2019 at 12:21pm
Please accept my sincerest condolence for your loved one, Howard. No matter how long our loved one may have lived, they leave a hole in our hearts. Please know that there is true comfort in the Bible's promise recorded at John 5: 28-29, that "there is going to be a resurrection". Our God, Jehovah, is certainly capable of restoring life to someone who has died. May God sustain your entire family during the difficult days ahead.
Comment Share
Share via: 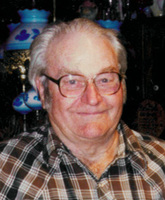