To share your memory on the wall of James Plavec, sign in using one of the following options:

Provide comfort for the family of James Plavec with a meaningful gesture of sympathy.

There will be a Funeral Service for James on Sunday, March 3rd at 1:00 PM at the Phillip Funeral Home Chapel (1420 West Paradise Drive, West Bend). A visitation will be held at the Funeral Home from 11:00 AM until the time of service.
Read Less

From Tom and Rosie Watry sent flowers to the family of James J. "Jim" Plavec.
Show you care by sending flowers

Posted Mar 03, 2019 at 10:07pm
Mary and family... so sorry when I read of Jim’s passing. Thinking of you and I know it’s been awhile but I will keep you in my prayers.
Casey Kincaide Cain
Comment Share
Share via:
ML

Posted Mar 02, 2019 at 11:39am
Mary and Family, Please accept my sympathy in the loss of your loved one. I will keep you in my prayers.
Mary Jane Lang
Comment Share
Share via:
MW

Posted Feb 28, 2019 at 11:34am
Dear Mary I send my deepest sympathies. I hope God will be with you and your family thru this time of sorrow. Prayers and thoughts.
Mary Wendt
Comment Share
Share via:
CW

Posted Feb 28, 2019 at 10:37am
Our condolences to Mary,Mary Jo,Terry and the rest of the family. We had some good times with all of you. You and Jim have been a good neighbor. He will be missed.
Comment Share
Share via:
FW

From Tom and Rosie Watry

From Tom and Rosie Watry purchased the Medium Dish Garden for the family of James Plavec. Send Flowers 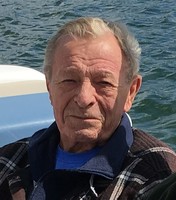