To share your memory on the wall of James Spurgin, sign in using one of the following options:

Together they raised 6 children in Germantown, WI. Jim was a retired Teamster, worked for Theodore Froemming and Central Redi Mix. After retiring, they moved to central Wisconsin as Jim was an avid fisherman and hunter. In their final years, they returned to Washington County to be closer to family.

Jim will be deeply missed by family and friends. He had a great sense of humor that never quit, a short temper and was quite the prankster. All the children loved him as he loved the children. Everybody’s grandpa.

Rest in peace Papa Jim. You will be missed.

He is preceded in death by his beautiful wife Muriel; parents; brother Harold and sister Joyce Barnes.

To send flowers to the family or plant a tree in memory of James Roland Spurgin II, please visit our Heartfelt Sympathies Store.

Receive notifications about information and event scheduling for James

Posted Feb 07, 2021 at 11:23am
Our sincerest and deepest sympathy to the entire Spurgin family on the loss of "Big" Jim. We remember him as a great conversationalist who was always interested in what was going on in our lives, and he had a fantastic memory for recalling details and names. We loved his soothing voice and infectious laugh. "Everyone's grandpa" will be greatly missed. Dave and Chris Landt
Comment Share
Share via: 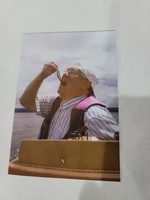