Obituary for Jeffrey A. "Jeff" Bauer 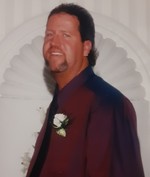 Jeffrey A. Bauer, 57, of West Bend, WI passed unexpectedly Jan 18, 2022 at his home. Jeff and his twin brother James were born August 25, 1964 to Steven and Dorothy (nee Volland) Bauer in Milwaukee, WI.
Jeffrey attended John Marshall High School and later took carpentry classes through MATC. He found his passion working for David J. Frank Landscaping where he became a Crew Leader and Irrigation Specialist. Jeff loved working outdoors and eventually left the company to work for himself. He honed his skills through the years not only in irrigation but outdoor lighting and landscaping as well. Jeff took pride in the knowledge and beauty he brought to his customers.
Jeffrey held an immeasurable love for his family and friends. The pride and joys of his life were his sons and grandsons. The only thing to rival that patriarchal love was his appreciation and fondness for Harley Davidsons and his love for his mother. He loved the freedom of the open road and camaraderie of his fellow riders, happiest when riding with his twin brother, James and older brother LJ (John). He used to say he did his best thinking on a bike. Jeff's riding days were brought to a halt in 2006 after an accident brought on various health issues, pain and opiate addiction. Jeff had been in recovery for the last 3-4 years through MAT (Medically Assisted Treatment) and remained in recovery at the time of his passing. We share this part of Jeff's story to better understand broken bridges and to remember there is always HOPE, words from his mom. He was a kind man and touched the lives of many. May the good memories help carry us through this difficult time.

The family plans to hold a celebration of Jeff's life at a later date (May/June)
The Phillip Funeral Home of West Bend, WI is assisting the family.