To share your memory on the wall of Joan Bieszk, sign in using one of the following options:

Print
Joan Geraldine Bieszk (nee Medrow), of West Bend passed away on Wednesday, December 23, 2020 at the age of 80.

Joan was born on September 9, 1940 to George and Agnes (Jaskolski) Medrow. She graduated from South Division High School in 1... Read More
Joan Geraldine Bieszk (nee Medrow), of West Bend passed away on Wednesday, December 23, 2020 at the age of 80.

Joan loved the outdoors and was an avid hunter and fisherwoman. She has many prize bucks on display in her home. She also enjoyed spending winters in Florida, line dancing and playing bingo. She loved hosting family gatherings and always made sure no one was forgotten and had plenty of delicious food prepared. She will be dearly missed by so many.

Joan was preceded in death by her parents George and Agnes Medrow, father-in-law and mother-in-law Edward and Eleanor Bieszk, brothers George Medrow, Jack Medrow, sister Janet Zdanczewicz and many other friends and relatives.

Live streaming of the Funeral Service will be at 12:00pm on the Phillip Funeral Homes Facebook Page
Read Less

To send flowers to the family or plant a tree in memory of Joan Geraldine Bieszk (Medrow), please visit our Heartfelt Sympathies Store.

Receive notifications about information and event scheduling for Joan

We encourage you to share your most beloved memories of Joan here, so that the family and other loved ones can always see it. You can upload cherished photographs, or share your favorite stories, and can even comment on those shared by others.

Summer's Light Bouquet was purchased for the family of Joan Bieszk. Send Flowers

Posted Dec 27, 2020 at 11:27am
Joanie will always be in heart! Joanie was my best friend have a cup of coffee on me.
Love Val
Comment Share
Share via:
CC

Posted Dec 26, 2020 at 01:41pm
Auntie Joanie was always so kind to everyone. She taught me how to dive off the raft at Spirit Lake when I was a kid. I’ll never forget the twinkle in her eyes, her “tee-hee” laugh and her huge smile. When I think of her, it’s like getting a hug. I’m so very sorry for all of you, especially Uncle Bob. I pray for you to find peace. Love, Corinne
Comment Share
Share via: 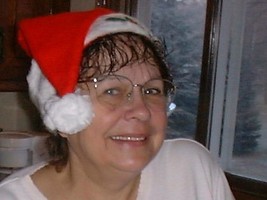