To share your memory on the wall of John Eggers, sign in using one of the following options:

A Memorial Service for Jack will be held at 4:00pm on Wednesday September 2nd at the Phillip Funeral Home Chapel (1420 W Paradise Dr West Bend) with Deacon Mark Jansen presiding. Visitation will be held on Wednesday from 2:00pm until 3:45pm. Final place of rest will be at Washington County Memorial Park.

Memorials of your choice are appreciated.
Read Less

To send flowers to the family or plant a tree in memory of John George "Jack" Eggers, please visit our Heartfelt Sympathies Store.

Receive notifications about information and event scheduling for John

Posted Aug 31, 2020 at 11:48am
Dear Eggers Family: We're thinking about you during this difficult period of mourning. You and John are in our thoughts today and always.

Posted Aug 28, 2020 at 09:46am
We are thinking of you during this difficult time. With deepest sympathy,

Blooming Garden Basket was purchased and planted a memorial tree for the family of John Eggers. Send Flowers 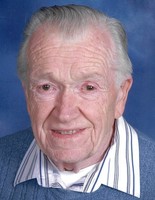