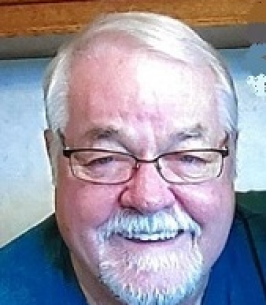 Passed peacefully on Monday, June 6, 2022, at the age of 81. He was born in Milwaukee, WI, the son of late Oliver L. and Bernice O. McKay. John attended Menomonee Falls High School and was a proud United States Navy Veteran. He married Carol A. (nee Habrat) on March 22, 1980. John worked as a Lithographer at Silgan Containers for over 30 years. After retiring, John and his wife Carol bought a restaurant from his sister and opened the Kountry Korner Kafe in Slinger, WI, because he loved to cook. Most of all he loved spending time with family and golfing. He was an active member and usher at the Pilgrim EV Lutheran Church in West Bend.

A Funeral Service will be held on Friday, June 10, at 6:00PM at the Phillip Funeral Home (1420 W. Paradise Dr., West Bend, WI). The visitation will be on Friday, June 10, at the funeral home from 4:00PM until 5:45PM. The Rev. Joseph Fisher will be presiding. Burial will be private at Washington County Memorial Park. In Lieu of flowers, memorials to the family would be appreciated.

The family would like to thank the staff at Ivy Manor, for the care and compassion they showed to John.