Obituary for Kenneth A "Ken" Habeck 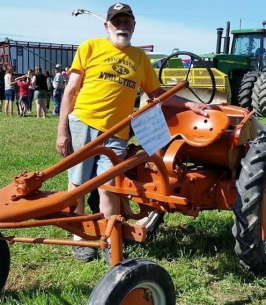 Ken served honorably in the United States Air Force and then worked as a farmer. Later, he was employed at Grede Foundry in Wauwatosa for 35 years. He collected Allis-Chalmers antique tractors. He was part of ASA Pit Crew for Dennis Lampman and he loved NASCAR. He and his wife enjoyed traveling the country for several years to judge Elvis Tribute Artist events. Ken was a member of the Allenton Legion #483.

Ken is preceded in death by his parents.

The family would like to extend a special thank you to Dr. Luiza-Irina Florescu and the ICU staff at Aurora Hospital, Hartford.