To share your memory on the wall of Marilyn Cleary, sign in using one of the following options:

Provide comfort for the family of Marilyn Cleary with a meaningful gesture of sympathy.

To send flowers to the family or plant a tree in memory of Marilyn Florence Cleary (Held), please visit our Heartfelt Sympathies Store.

Receive notifications about information and event scheduling for Marilyn

We encourage you to share your most beloved memories of Marilyn here, so that the family and other loved ones can always see it. You can upload cherished photographs, or share your favorite stories, and can even comment on those shared by others.

Tay, Marilyn R. Cleary and Family, and others have sent flowers to the family of Marilyn Florence Cleary (Held).
Show you care by sending flowers

I just now learned of your dear mother's death. I am so sorry. I know how you all must miss her. I read the obituary and remembered and thought about each one of you, and how close you all were to your mother. What a kind and generous person she was; no wonder everyone wanted to be near her. Please accept my heartfelt condolences.

Posted Jan 23, 2019 at 06:50am
From the moment I looked into her eyes we connected. I love your Mama. I have been thinking about our mamas together. (Bill to take) 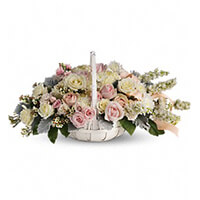 Marilyn R. Cleary and Family purchased the Dawn of Remembrance Basket for the family of Marilyn Cleary. Send Flowers

The Family of Mike Gehring

The Family of Mike Gehring purchased flowers for the family of Marilyn Cleary. Send Flowers

All of us at Allcast

Posted Jan 22, 2019 at 03:29pm
Please accept our most heartfelt sympathies for your loss... Our thoughts are with you and your family during this difficult time.

All of us at Allcast purchased flowers for the family of Marilyn Cleary. Send Flowers 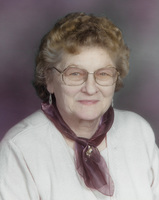