To share your memory on the wall of Miles Melius, sign in using one of the following options:

Provide comfort for the family of Miles Melius with a meaningful gesture of sympathy.

Print
Miles “The Mouse” Melius
Miles Milton Melius passed away peacefully on July 9, 2019 at the age of 95 years.

Miles was born to Milton and Linda (nee Gerhardt) Melius in the Town of Scott on January 17, 1924. Miles married June ... Read More
Miles “The Mouse” Melius
Miles Milton Melius passed away peacefully on July 9, 2019 at the age of 95 years.

Miles was born to Milton and Linda (nee Gerhardt) Melius in the Town of Scott on January 17, 1924. Miles married June W. Schneider on May 20, 1944 at St John’s UCC of Silver Creek and moved to Slinger, Wisconsin.

Miles “The Mouse” was one of the winningest race car drivers in Wisconsin history. He began his career in 1947 following a period of time working on midgets for Bill Johnson Sr. He was a natural behind the wheel and won his first championship in 1948 in the Badger Midget Association.

Miles switched to the full bodied stock cars in the early 1950’s “to have a little bit of steel over my head.” He immediately began to dominate Milwaukee area short tracks. The domination would continue until his retirement in 1967.

A heavy equipment operator by day, Miles kept a grueling schedule of racing five to six nights a week from mid-May thru early September.

Often winning more races in one week than most drivers would win in one month, Mouse was the track champion at every track he competed at on a consistent basis. That number of wins and fast times has been impossible to gauge. At his hometown track Slinger Speedway he won seven championships alone.

Miles did some of his best driving late in his career, racing against competition who by 1960 had greatly improved their skills and equipment. He teamed up with Harry Woerner of Slinger and later with Gene Schwister. This later combination propelled him to his final area championship which included track championships at all four of the tracks that he competed at in 1967. Miles “Mouse” Melius retired in 1967 and the #1 was retired as well until 1969. Very much a local legend to this day, Miles “Mouse” Melius was enshrined into the Southeastern Wisconsin Short Track Hall of Fame located at the Wisconsin Automotive Museum in Hartford, Wisconsin as a charter member in 2007. No one who ever saw him as a spectator or opponent will ever forget “The Mouse”.

“The Mouse” loved to share old stories (he had a few) and visit with his many great friends while having breakfast seven days a week at his favorite restaurant Katrina’s. Through the years, Miles cherished the friendship he had with the great Bobby Allison. He also enjoyed teasing his grandchildren and great-grandchildren.

Honoring his request there will not be a funeral, only a private burial.

A celebration of his life and tribute to his legendary racing career will be held at the Wisconsin Automotive Museum & Short Track Hall of Fame in Hartford on Saturday September 21st from 10:00 AM until 3:00 PM.

Memorials in honor of Miles “The Mouse” Melius may be made to the “Hall of Fame” and can be forwarded to Dick Melius- 5538 Arthur Road, Slinger WI, 53086.
Read Less

We encourage you to share your most beloved memories of Miles here, so that the family and other loved ones can always see it. You can upload cherished photographs, or share your favorite stories, and can even comment on those shared by others.

Guaranteed hand delivery by a local florist
AS

Posted Jul 11, 2019 at 11:29am
We were blessed to have known such a wonderful spirit, always friendly and sharing his memories with all. A legend in racing and a role model to all. Farewell, dear friend. 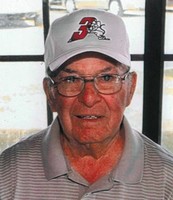 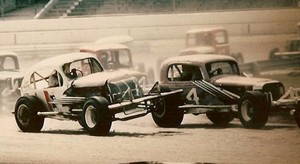 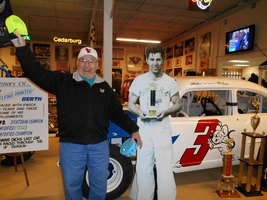