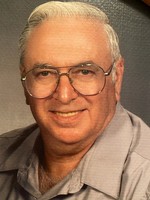 Perry Swenson of Dallas, WI, formerly of Kewaskum and Fond du Lac, passed away peacefully on March 31, 2022 at Kathy Hospice with his loving family at his side. He was 78 years old. Perry was born in Rice Lake, WI on May 13, 1943 to Lonnie and Carole (Elftman) Swenson. Perry grew up in Chetek, WI. He met the love of his life Carol Taylor in 1961. They married in 1962, having over 60 years together. Perry worked at Mercury Marine for over 43 years, retiring in 2005. After retirement, they moved back to Dallas. Perry’s happiest times were spent fishing with his children and grandchildren, playing cards and going for long rides in Mom’s Mustang looking for deer (fondly known as deer fishing).

Funeral services will be held at 2:00 p.m. on Satuday, April 9, 2022 at Dallas Lutheran Church with Pastor Adam Klefstad officiating. Visitation will be held two hours prior to the service at the church.