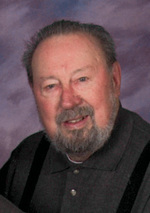 Raymond G. Zimdars, passed away Wednesday January 9, 2019 at the age of 87 years. He was born on June 10, 1931 in the Town of Trenton to Arthur and Louisa (nee Unger) Zimdars. Ray was a US Army Veteran serving in the Korean Conflict from July 1951-April 1953 in the 32nd Infantry, Company G and received the Combat Infantry Badge, the Korean Service Medal with 2 Bronze Star Campaign attachments, National Defense Service Metal, and United Nation’s Service Award.

His passions were fishing, hunting, trap shooting, an avid bowler, loved to play cards, especially Cribbage and Sheepshead, his trips to the casino, but loved to spend time with his family and friends.

Ray was preceded in death by his parents, son Charles, sister Mabel and brother-in-law Cliff Kuhaupt and their son David, son-in-law Paul Richter and 3 brothers-in-law; Edmund, Roman and Frank Sauer.

The family would like to thank Katie and Amy and staff at Copper Leaf in Ripon for all their loving care.

In lieu of flowers, memorials are appreciated and will be designated for a cause later on.