To share your memory on the wall of Richard Mayer, sign in using one of the following options:

Provide comfort for the family of Richard Mayer with a meaningful gesture of sympathy.

Funeral Services for Dick will be held at 4:00PM on Sunday June 2nd at Faith UCC Church (2895 Slinger Rd. Slinger) with Rev. Sharon Stier presiding. Visitation will be held on Sunday at the church from 12:30PM until time of service. Interment will be at Faith UCC Cemetery.

To send flowers to the family or plant a tree in memory of Richard Henry "Dick" Mayer, please visit our Heartfelt Sympathies Store.

Posted Jun 01, 2019 at 05:20pm
My deepest sympathy Marilyn to you and your family on Dick's passing. We will miss Dick's smile, humor, keen cow sense and knowledge and talent as a Holstein breeder. While your heart is broken, take comfort in the wonderful memories and times you shared as a couple and family. He will be missed. Thinking of you all at this sad time. Bonnie Cooper

Posted Jun 01, 2019 at 11:18am
Marilyn and Family, We ask the Lord to comfort and shelter each of you in your loss. Dick was a great role model for me-his love of life, great sense of humor and work ethic is something I have always admired. His work in 4-H and with Holstein cattle has left a memorable impression on many lives. May God bless each of you.
Michael and Barrie Held
Comment Share
Share via:
HS

Flowers were purchased for the family of Richard Mayer. Send Flowers

Flowers were purchased for the family of Richard Mayer. Send Flowers 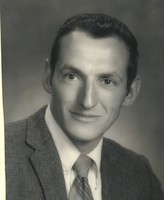