To share your memory on the wall of Richard Zimmerman, sign in using one of the following options:

Dr. Richard Zimmerman of West Bend was born into eternal life on Wednesday, November 4, 2020. Richard was born to Lawrence and Lucille (nee Risse) on January 21, 1932 in Appleton, WI. Richard married the love of his life for 58years, Kathleen (nee Dennis) and together raised seven children. Richard was preceded in death by both of his parents, Sister Luann (nee Thorson), Brother Peter, daughter Jennifer (nee Grundl), and grandson Maximillian Von Arx.

Richard is survived by his wife of 58 years Kathleen (nee Dennis), Daughter Beth and Joe Von Arx of Rockford, IL, Son Brian and Susan Zimmerman of West Bend, WI, Daughter Rebecca and Michael Donlon of Saco, ME, Son Timothy and Jennifer of Germantown, WI, Son Anthony and Heather of Ponderay, ID, and Daughter Martha and David Litton of Green Bay, WI. He is further survived by his sister Nancy (nee Wallace), 37 Grandchildren, and 5 Great Grandchildren.

At the age of 18, Richard enlisted in the United States Marine Corps. He completed boot camp at Paris Island, NC. Upon graduation as a Private, he went on to 12 months of advanced infantry training at Camp Legeune, NC. Attaining the rank of Corporal, he was deployed for 13 months of combat in the Korean War, attached to Ideal Company, 3rd Battalion,7th Marines. Returning to the United States, he was assigned to Weapons Company, 3rd Battalion, 6th Marines until discharge in October of 1953, with the rank of Sergeant.

He returned to Appleton, Wisconsin and began his college career which culminated with him receiving his Doctor of Medicine Degree from Marquette Medical School in June of 1966. In 1971, he completed residency as a child and adolescent psychiatrist and joined the clinical faculty of the Medical College of Wisconsin (formerly Marquette Medical School) as an assistant Clinical Professor of Psychiatry. At this time, he also returned to military service in the delayed entry program with the rank of Lieutenant.

In 1976, Richard was commissioned into the United States Navy Reserve Medical Corps as a Lieutenant Commander. His Initial assignment was with the 2nd Battalion, 24th Marine Regiment as Assistant Battalion Surgeon and later Battalion Surgeon after his promotion to Commander in 1981. From 1986 -1988, after being promoted to Captain, he served as the Commanding Officer, Naval Hospital Great Lakes 1113, Milwaukee, Wisconsin. His next assignment was Medical Staff Officer on the staff of Commander, Naval Reserve Readiness Command Region Thirteen, Great Lakes, IL until 1991. Richard finished out his Naval career as Head of the Psychiatry Department, Fleet Hospital 23, in Minneapolis, MN. He retired from the Navy in January of 1996. His collateral duties while serving in the Navy included: 10 years as Medical School Liaison Officer, Medical College of Wisconsin and 11 years as a Naval Academy Information Officer.

Upon his retirement from the United States Navy and private medical practice of 26 years, Richard and Kathleen moved to West Bend, Wisconsin, to their special piece of paradise affectionately known as “The Lake”. For the next 24 years “Grammy and Grampy at the Lake” opened their doors and hearts to their beloved Grandchildren, Family, and Friends. Richard’s contagious smile, witty humor, and engaging conversation will be missed by all who knew him.

A Mass of Christian Burial will be held at 1:30pm on Monday, November 16th at St Frances Cabrini Catholic Church (1025 South 7th Ave West Bend) with Bishop Donald Hying presiding and Fr. Carlos Londono concelebrating.. Visitation will be on Monday, November 16th at the church from 11:00am until a Rosary Service at 12:30pm with the Mass at 1:30pm. Final place of rest will be at St Peter’s Cemetery in Farmington.
Read Less

To send flowers to the family or plant a tree in memory of Richard Carl Zimmerman, please visit our Heartfelt Sympathies Store.

3 trees were planted in the memory of Richard Zimmerman

Posted Nov 15, 2020 at 09:10pm
We keep you in our thoughts and prayers during this difficult time. With deepest sympathy,

Posted Nov 14, 2020 at 10:53am
Please accept our most heartfelt sympathies for your loss... Our thoughts and prayers are with you and your family.

Posted Nov 13, 2020 at 06:11pm
As you grieve know that we are remembering you and honoring the memory of "Richard Zimmerman", Uncle Dick.

Posted Nov 12, 2020 at 08:35pm
Sending our sincerest sympathies to the entire Zimmerman Family. Great memories of hearing all the Grandchildren playing, laughing and splashing in the lake! We know what family meant to Kathy and Dick.
Comment Share
Share via: 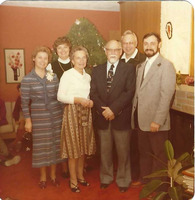 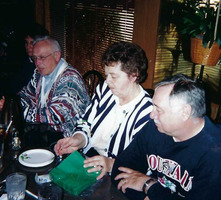