To share your memory on the wall of Roman Gapinski Jr., sign in using one of the following options:

Provide comfort for the family by sending flowers or planting a tree in memory of Roman Gapinski Jr.

Roman is survived by his wife Betty, daughter Doreen (John) Kamrath, grandchildren; Erik (Jessica) Kamrath and Lyndsay (David) Zwaska, great-grandson Owen Zwaska and his brother Don (Betty), nieces, nephews other relatives and friends. He was preceded in death by his parents.

A Mass of Christian Burial will be held at 5:00pm on Monday January 20th at St Peter Catholic Church (200 E. Washington St. Slinger) with Fr. Richard Stoffel presiding. Visitation will be at the church on Monday from 3:30pm until 4:45pm. Entombment will be at Washington County Memorial Park.

The family would like to thank the staff at Serenity Villa Horizon Home Hospice and
Cedar Community for all the care they gave to Roman.
Read Less

We encourage you to share your most beloved memories of Roman here, so that the family and other loved ones can always see it. You can upload cherished photographs, or share your favorite stories, and can even comment on those shared by others.

Plant a Tree in Memory of Roman
Plant a tree 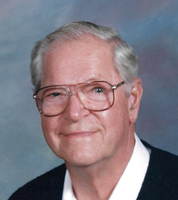