To share your memory on the wall of Ronald Hartmann, sign in using one of the following options:

Print
Ronald Allan Hartmann, age 80 of West Bend passed away peacefully on Wednesday, July 31, 2019 at The Kathy Hospice surrounded by his family.

Ronald was born on February 21, 1939 to the late Wallace and Mildred (nee Dettmann) Hartmann. O... Read More
Ronald Allan Hartmann, age 80 of West Bend passed away peacefully on Wednesday, July 31, 2019 at The Kathy Hospice surrounded by his family.

Ronald was born on February 21, 1939 to the late Wallace and Mildred (nee Dettmann) Hartmann. On October 17, 1959 Ron married Beverly (nee Potter). Together they raised 5 children. He was a 1957 graduate of Random Lake High School. Upon graduation, he worked at West Bend Co. for a short time. He then worked at Gehl Co. for 27 years as a Foreman in the machine shop. Later, he worked at Midas International in Hartford retiring in 2002. Ronald enjoyed his part time job at Bumper to Bumper for many years. He enjoyed Spending time up north, snowmobiling, attending grandchildren’s games and events, coffee with friends at McDonald’s and playing cards at Senior Center. He was a member of Fifth Avenue United Methodist Church.

He was preceded in death by his parents, grandparents, aunts, uncles, and a sister in law Leah Hartmann.

To plant a memorial tree in honor of Ronald A. "Ron" Hartmann, please visit our Heartfelt Sympathies Store.

We encourage you to share your most beloved memories of Ronald here, so that the family and other loved ones can always see it. You can upload cherished photographs, or share your favorite stories, and can even comment on those shared by others.

Posted Aug 02, 2019 at 07:12am
With our deepest condolences to the Schluechtermann and Hartmann families.

Stacis friends from Deloitte purchased flowers for the family of Ronald Hartmann.

Posted Aug 01, 2019 at 03:49pm
I enjoyed playing Sheepshead with Ron at the Senior Center, he was always so kind and is missed. Condolences to his family.
Comment Share
Share via:
JM

Posted Aug 01, 2019 at 08:08am
Our condolences from your family at Ruan Transportation.

Flowers were purchased for the family of Ronald Hartmann. 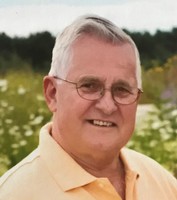