Obituary for Shirley May Weston (Asmus) 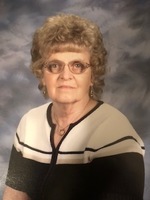 Shirley M. Weston (nee Asmus) of West Bend, passed away on Thursday July 2, 2020 at the age of 82 years. She was born on February 15, 1938 in West Bend to Albert and Leona (nee Ewert) Asmus and was raised in West Bend. Shirley graduated from West Bend High School and later married Burke Weston and began her family. She had been employed at St Joseph’s Hospital, was a self-employed seamstress and had worked at the West Bend Company, and had been a telephone operator years ago. Her interests were bowling, traveling, spending time with her grandchildren, bingo with her friends and her card club. Shirley was a member of St John’s Women’s Guild and choir, Interfaith volunteer and Senior Center volunteer.

A Memorial Service for Shirley will be held at 11:00am on Saturday July 18th at the Phillip Funeral Home Chapel (1420 W Paradise Dr. West Bend) with Rev. Michael Schram presiding. Visitation will be held on Saturday from 9:00am until 10:45am. Inurnment will be at Washington County Memorial Park following the service

The family would like to thank Seasons Hospice and to the nursing staff at New Perspectives for all their care for Shirley.

Memorials to the charity of your choice are appreciated.