To share your memory on the wall of Steven Walter, sign in using one of the following options:

Print
Steven A. Walter of West Bend passed away on January 17, 2021at Froedtert Hospital in Milwaukee. Steve was born in Milwaukee on May 8, 1949 to Alice Walter (nee Stehlik) and Leonard “Bud” Walter.

Steve was a lifelong resident of West... Read More
Steven A. Walter of West Bend passed away on January 17, 2021at Froedtert Hospital in Milwaukee. Steve was born in Milwaukee on May 8, 1949 to Alice Walter (nee Stehlik) and Leonard “Bud” Walter.

Steve was a lifelong resident of West Bend. He graduated from West Bend High School with the class of 1967 and from the University of Wisconsin, Madison in 1972. Following college, he returned home to West Bend. He owned and operated Walter’s Carpet Gallery until the time of his death. Steve was a loving son, father, grandfather, brother and uncle. He had a beautiful smile and an infectious laugh. He adored his grandchildren, Wyatt and Ruby. The walls of his office were decorated with their photos and art work. Throughout his life he enjoyed fishing, hunting, Badger sports and the Green Bay Packers.

He is survived by his son, Ben; daughter-in-law Heather; grandchildren Wyatt and Ruby; his mother Alice; siblings Stuart (Jan) and Tracy (Colleen); nephews Zac (Anne) and Drew (Sarah); his great-nieces Joni and Neve and several cousins. Steve was preceded in death by his father Bud Walter.

Due to COVID concerns, no funeral or memorial service will be scheduled at this time. In lieu of flowers, memorial contributions to West Bend Little League are appreciated.

Steve’s family would like to thank the health care workers and staff at Froedtert Hospital in Wauwatosa and Lutheran Home in Wauwatosa for their compassionate care of Steve in the last several weeks.
Read Less

To send flowers to the family or plant a tree in memory of Steven Allison Walter, please visit our Heartfelt Sympathies Store.

Receive notifications about information and event scheduling for Steven

We encourage you to share your most beloved memories of Steven here, so that the family and other loved ones can always see it. You can upload cherished photographs, or share your favorite stories, and can even comment on those shared by others.

Posted Feb 01, 2021 at 07:33pm
To Steve's family, we send our sympathies. Steve and Stuart and myself, by brother Jeff, and Dad, Bud Kiel, went deer hunting together near Mauston , stayed at Bud's A frame for many years. Then we stayed at his farm house later on. That is where I saw the biggest Buck of my life. Jon & Diane Kiel...
Comment Share
Share via: 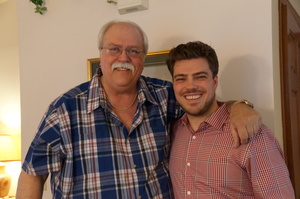 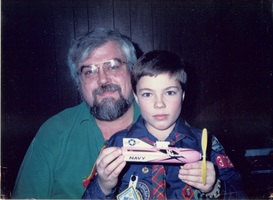 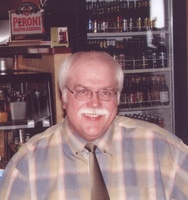