To share your memory on the wall of Theodore Walters, sign in using one of the following options:

Print
Theodore Alan Walters (Theo)
Theo passed away on December 11, 2019 after succumbing to multiple injures which were sustained in a car accident.

Theo was born on April 20th 1999. Theo was a young man who embodied the seven virtues,... Read More
Theodore Alan Walters (Theo)
Theo passed away on December 11, 2019 after succumbing to multiple injures which were sustained in a car accident.

Theo was born on April 20th 1999. Theo was a young man who embodied the seven virtues, sang with the muses and lived a life of quiet wisdom. He shunned the ideas of greed and possession. He believed that life was for living. He was a beloved son, a devoted brother, and a stalwart friend to all. Theo lived his life by the Golden Rule. He always turned the other cheek and always saw the good that could be found if you looked hard enough. Theo’s accomplishments included; graduating from West Bend West High School in 2017, Student pilot by the age of 17, passing the civil service exam by the age of 18, and maintaining the highest level of excellence in all his pursuits. He was an artist with a strong spirit and almost photographic memory regarding detail and description. He was a philosopher on life. His views on living, loving and friendship will be an inspiration to his family forever. His many passions included architecture, geography, zoology, biology and travel. It was Theo’s dream to see the world and to experience all the joy that it has to offer. Theo’s character was the admiration of all. He was brave and compassionate, modest and benevolent, persistent, merciful and generous. He was brilliant and insightful with a quick wit and the most gentle of souls. His life was lived to the fullest cherishing each day and each encounter. Walking in the quiet of the night he would greet the dawn with a smile and love. The memory of Theo will live forever in the hearts of everyone who was touched by him. He will always be loved. Theo often spoke of the bonds in life that are made of love. Our bond to Theo will live forever.

We encourage you to share your most beloved memories of Theodore here, so that the family and other loved ones can always see it. You can upload cherished photographs, or share your favorite stories, and can even comment on those shared by others.

Posted Dec 18, 2019 at 01:39pm
Please accept our most heartfelt sympathies for your loss... Our thoughts are with you and your family during this difficult time.

Koreen and Shane (Hunty) Martinez purchased flowers for the family of Theodore Walters.

Posted Dec 18, 2019 at 12:04pm
Please accept our most heartfelt sympathies for your loss... Our thoughts are with you and your family during this difficult time.

Flowers were purchased for the family of Theodore Walters.

Posted Dec 17, 2019 at 08:18am
The Marshall’s are heartbroken for your family. We send you love and peace. ❤️❤️❤️❤️❤️
Devona, Steve, Alex, Zach and Lara Marshall
Comment Share
Share via:
PJ

Posted Dec 16, 2019 at 09:11pm
We felt We knew Theo through his father’s annual Christmas letters and, of course, his Grandparents stories. We felt the sorrow and cried the tears last week and hoped for the best. We now hope for all the Walter’s family to heal and see the sun shine again. Theo was a wonderful young man who had the foundation for a successful full life. Jeff and Camie - you can be proud of Theo and what he accomplished in his young life.
Love from the North, Patricia & James Judkins
Comment Share
Share via:
DF 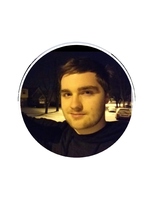 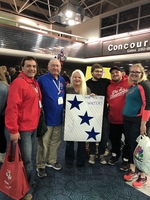 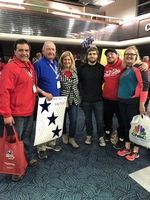