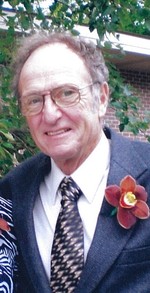 Tom Oelhafen, age 76, passed away on Monday, March 7, 2022 at The Kathy Hospice in West Bend. He was born on August 27, 1945 to Harvey and Helen (nee Vogt) Oelhafen. Tom was a hardworking, dedicated farmer his entire life. He put his heart and soul into his land.

The family respectfully requests no flowers. Memorials are appreciated to Zion Lutheran Church in Allenton, Kohlsville Fire Department and/or Horizon Homecare and Hospice.