To share your memory on the wall of Warren Lehman, sign in using one of the following options:

Provide comfort for the family of Warren Lehman with a meaningful gesture of sympathy.

Warren attended Washington High School, served in the US Army, and later retired from General Motors after 45 years of service. His hobbies were fishing, teaching his grandchildren and nephews to fish, making his own lures, amateur arborist, loved hunting, being in the outdoors, was Tall Timber call sign on his CB radio, loved spending as much time
as he could in Vilas County in the Northwoods of Wisconsin. He was also a member of the Daniel Boone Conservation Club.

A Funeral Service for Warren will be held at 6:00pm on Friday July 12th at the Phillip Funeral Home Chapel (1420 W Paradise Dr West Bend). Visitation will be on Friday from 4:00-6:00pm. Followed by full Military Honors.
Read Less

We encourage you to share your most beloved memories of Warren here, so that the family and other loved ones can always see it. You can upload cherished photographs, or share your favorite stories, and can even comment on those shared by others.

Posted Jul 09, 2019 at 05:12pm
I am happy you were part of the family. I always enjoyed your company. You had a great laugh and a wonderful
smile. I enjoyed drinking beer with you. You were funny at times and I liked that. You will be missed.
Aunt Elizabeth
Comment Share
Share via:
VS

Posted Jul 09, 2019 at 12:04am
Our deepest condolences during this different time. Our love and prayers are with you all. 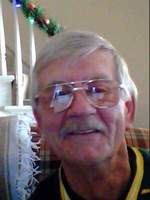 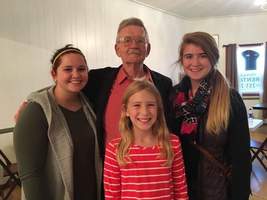