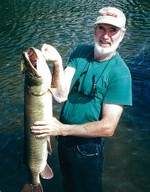 William “Wild Bill” J. Lynch, age 78, passed away peacefully in the early morning of Tuesday January 11, 2022, surrounded by his favorite girls. He was born on May 26, 1943 and served in the United States Army. He was an avid outdoors man who loved hunting, fishing and taking naps in the sun. He was known for his MacGyver skills and that anything could be fixed with duct tape.

Bill is preceded in death by his father Clarence, brothers Russell (Linda) and Roger, who welcomed him along with his beloved dogs.

Wild Bill will be strongly missed for his funny antics and sometimes shocking words of wisdom.

A special thank you to the staff at Gables on the Pond and the Allay Hospice team.

A private Celebration of Life will be at a later date. In his memory donations can be made to The Rocky Mountain Elk Foundation and/or Alzheimer’s Association.