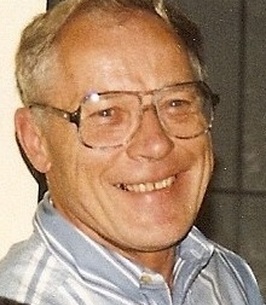 Bill passed away peacefully in the comfort of his home surrounded by loved ones on Tuesday, August 9th at the age of 87.

He was born in Marshfield, Wisconsin, to William and Anne (Feggestad) Matheus. He graduated in 1954 from Medford High School and enlisted in the US Army. On January 18, 1958, he married Eva (Evie) Bieniek of Rib Lake, Wisconsin. Over the next 64 years they settled in West Bend, Wisconsin and raised six children together.

Bill led an active and fulfilling life. He was best known for his 25 year career as a police officer with the West Bend Police Department and for being an expert marksman. He was a skilled cabinet maker and a past president of the West Bend Builders Association. Bill was a private pilot and a long-time member of the Experimental Aircraft Association. In retirement, Bill took to restoring antique tractors. He volunteered at county fairs and the Washington County Breakfast on the Farm pulling hay wagons with his 1937 John Deere Model A. Bill was also a member of the Wisconsin Antique Power Reunion Club and the Lakeshore Tractor Club.

A visitation will be held on Friday, August 19th, 2022 at Saint Mary’s Immaculate Conception Catholic Church, 1610 Monroe Street in West Bend from 3-4:45 p.m. followed immediately by a 5 p.m. Mass and reception.

The Phillip Funeral Home is serving the family, 262-338-2050 / phillipfuneralhome@msn.com