To share your memory on the wall of Conrad Fies, sign in using one of the following options:

Provide comfort for the family of Conrad Fies with a meaningful gesture of sympathy.

He was a good father, husband, grandfather, friend and businessman. He loved flowers and gardening, always surprising his kids by planting tomato plants EVERYWHERE...vegetable gardens, flower gardens, flower pots (containing flowers and now too...tomatoes), at both his home and the homes of his children .

Dad was also a life-long fan of both the Packers and the Brewers. He often shared his pride in putting a fireplace in the home of a Milwaukee Braves ballplayer by the name of Bob Uecker. The day that they finished up the fireplace Mr. Baseball showed up with beer and kept everyone laughing for hours. What a memory!

Dad, Conrad, Carney, Connie, POP, will be missed by his family and friends. The family will have a private memorial service for Conrad in the Spring, his favorite time of year. We love you. XOXO
Read Less

To send flowers in memory of Conrad A. Fies, please visit our Heartfelt Sympathies Store.
No funeral details available.

We encourage you to share your most beloved memories of Conrad here, so that the family and other loved ones can always see it. You can upload cherished photographs, or share your favorite stories, and can even comment on those shared by others.

Posted Feb 11, 2019 at 06:28pm
Please accept my sincere condolence for your family's loss. May these words ease your pain. The Bible at John 5: 28 & 29 says that "there is going to be a resurrection. May the "God of all Comfort" sustain your entire family during the difficult days ahead. (2 Corinthians 1: 3 & 4) My sincere condolences.
Comment Share
Share via:
SS

Posted Feb 11, 2019 at 02:08pm
Amy and Lynch Family, Prayers and thought with you at this difficult time. Cherish the memories to ease the pain.
Sandy Stommel
Comment Share
Share via: 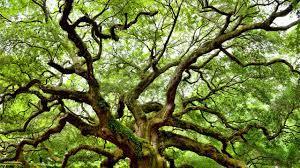