To share your memory on the wall of Fay Dufresne, sign in using one of the following options:

Print
Fay Dufresne (nee Goeman) of Oak Creek, age 83, passed away peacefully on April 6, 2021 at Autumn Lake Healthcare in Greenfield. She was born on July 8, 1937 in Antigo, WI to Fred and Luella (nee Keen) Goeman.

Fay loved watching the Packers every weekend while enjoying a beer or two and potato chips. She had a soft heart for horses and had many pictures and statues of them around her home. Fay was a big card player and took every chance to get to the casino to play the slot machines. Every so often she was a lucky winner!

Fay worked at and retired from the Milwaukee County Sheriff’s Department.

She is further survived by lots of nieces, nephews, other relatives and friends who will miss her.
The family would like to thank Richard Madish for all the time he spent with Fay and for the care and love he showed her. They express gratitude to Autumn Lake Healthcare and Brighton Hospice for their attention to Fay’s needs.

To honor Fay’s wishes no services will be held.
Read Less

To send flowers to the family or plant a tree in memory of Fay G Dufresne (Goeman), please visit our Heartfelt Sympathies Store.

Receive notifications about information and event scheduling for Fay

We encourage you to share your most beloved memories of Fay here, so that the family and other loved ones can always see it. You can upload cherished photographs, or share your favorite stories, and can even comment on those shared by others. 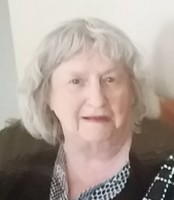