To share your memory on the wall of Fridolin "Fritz" Heinecke, sign in using one of the following options:

Fritz and Agnes were married on September 30th, 1950. They had 7 boys which presented many challenges which they faced together without issue but used love, and a firm hand.

Fritz started as a hired hand on farms at a young age, then worked for Dairy land Seed for a number of years before becoming a self-employed carpenter which was truly became a Master Carpenter which he learned from his father and then past the many skills to his sons. If you ever worked with him you could rest assured it was done correct and made to last.

In his later years he started raising grapes, then developed his wine making skills which like his carpenter skills he was spot on. Agnes and Fritz enjoyed taking day trips by bus to the casino to break the monotony and tried their luck. Agnes always seem to have better luck.

The family would like to thank the staff at Serenity Villa at Slinger for extra attention they provided for our father to make him welcome and comfortable. Also, the staff from Horizon Hospice for making his last few weeks comfortable.

A Mass of Christian Burial will be held at 11:30 AM on Tuesday, July 30th at St Lawrence Parish (4886 Highway 175, Hartford, WI) with Father Richard Stoffel presiding. Visitation will be held at the church from 9:30 until 11:15 AM. Interment will be at St. Anthony Cemetery after Mass at 1PM.
Read Less

We encourage you to share your most beloved memories of Fridolin "Fritz" here, so that the family and other loved ones can always see it. You can upload cherished photographs, or share your favorite stories, and can even comment on those shared by others.

Bob, Mark and Tom purchased flowers for the family of Fridolin "Fritz" Heinecke.

Posted Jul 27, 2019 at 12:50am
To Phil and Kerry: Wishing you peace to bring comfort, courage to face the days ahead and loving memories to forever hold in your hearts.

Dan and Linda Fugate purchased flowers for the family of Fridolin "Fritz" Heinecke.

From all of us at Zuern Building Products

From all of us at Zuern Building Products purchased flowers for the family of Fridolin "Fritz" Heinecke. 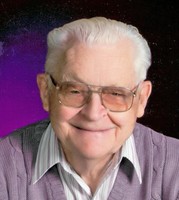