To share your memory on the wall of James Felt, sign in using one of the following options:

Provide comfort for the family of James Felt with a meaningful gesture of sympathy.

Jim was a graduate of Galesburg High School and later earned a BS at the University of Illinois Urbana-Champaign from the School of Journalism. Jim headed Ramsthal & Felt Advertising for 17 years before starting Felt Advertising, which he ran until his retirement.

He was an active member of Fifth Avenue United Methodist Church in West Bend, and was captain of the church softball team for many years. Jim enjoyed the outdoors, fishing, playing bridge, and following all sports, especially the Chicago White Sox and Chicago Bears.

Jim is preceded in death by his parents, sister Kathryn Armstrong, and brother Walter (Audrey) Felt.

Posted Jul 14, 2019 at 09:05am
Loved playing bridge with Jim. A gentle man, and gentleman too. My sympathies to Betty, daughter and good friend Sara, and the rest of the extended Felt family.
Comment Share
Share via:
TF

Posted Jul 13, 2019 at 10:04pm
Prayers of comfort and peace for the Felt family. So sorry for your loss. God bless you all, till you meet again with your loved one. Sincerely, Danny & Coralie Goodman (Grandparents of Preston & Hannah Felt Goodman)
Comment Share
Share via:
MC 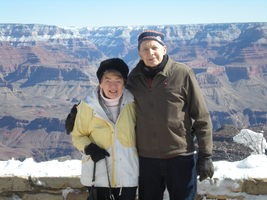