To share your memory on the wall of Joan Schellinger, sign in using one of the following options:

Provide comfort for the family of Joan Schellinger with a meaningful gesture of sympathy.

Joan was born August 31, 1925 in West Bend, Wisconsin to Arthur and Olive Heppe. Her youth was spent on the family's dairy farm near Cedar Creek. She graduated from West Bend High School in 1946 then went on to work at Pick Mfg. while still living at home and helping on the farm. She married Ralph Schellinger of Hartford on October 12, 1949. Joan’s blissful life as a wife and mother of their three children was cut short when her husband, Ralph, was killed when the truck he was driving was struck by a drunk driver on July 29, 1957. A few days later, their fourth child was stillborn. Overcoming this tragedy, Joan took a position at B.C. Ziegler & Co. while raising her three children. She committed her life to them until they graduated from high school, all the while implanting in them her values of dedication to Jesus Christ through the Catholic faith, commitment to family, a strong work ethic and the obligation to share with others less fortunate.

Joan continued her work at B.C Ziegler until retirement after almost 35 years. She also assisted with banquets at Timmers Resort for many years. In addition to enjoying time with family and friends, her prime interest was seeing her children and grandchildren prosper and grow. She excelled at many household skills and hobbies -- many of necessity and others of great interest. Joan was always busy and seemed to be able to do it all! She delighted in creating gifts to celebrate an occasion -- baking, needlework, quilting and sewing. She enjoyed her opportunities to travel across the United States and Europe. Joan was an avid card player frequently enjoying a game of sheepshead with friends and family. She served as secretary of “Young at Heart” for many years in addition to volunteering at the Senior Center and Cedar Community. Joan also volunteered her time and talents to St. Frances Cabrini Church where she show-cased her expertise as a quilter and seamstress sewing hundreds of outfits and school uniforms for children in Haiti. In recognition and appreciation for her valuable volunteer contributions, Joan was honored to be the recipient of a 2003 “Exceptional Merit Award” from Washington County.

Joan enters our Lord’s paradise as a model for all. This seemingly simple, quiet woman overcame tragedy with determination and drive; never asking, only giving.

The family would like to extend a heartfelt and sincere thank you to the staff at Cedar Community, Horizon Hospice and especially Serenity Villa for their loving and compassionate care. In lieu of flowers, memorial contributions may be made in memory of Joan L. Schellinger to St. Frances Cabrini Church, 1025 South 7th Ave, West Bend, WI 53095 or a charity of your choice.
Read Less

To send flowers to the family or plant a tree in memory of Joan Leocadia Schellinger (Heppe), please visit our Heartfelt Sympathies Store.

Receive notifications about information and event scheduling for Joan

We encourage you to share your most beloved memories of Joan here, so that the family and other loved ones can always see it. You can upload cherished photographs, or share your favorite stories, and can even comment on those shared by others. 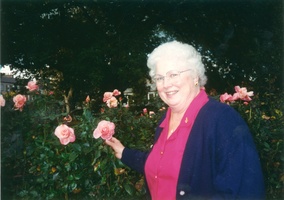