To share your memory on the wall of Jon Eckes, sign in using one of the following options:

He enjoyed playing poker games with his friends at any chance he could get and camping with family and friends. He loved to garden and was proud of the pickled beans and asparagus he canned. He was always there for anyone who needed anything, and that included giving his opinion whether you wanted it or not. Conversation was always something that came easy to him, no matter if he knew you or not. “Did you ever hear about the guy who was addicted to the hokey pokey? He really turned himself around.” The Fourth of July was a holiday that he always looked forward to, because that meant he could put on one of the largest fireworks shows you can imagine. It was not surprising to see him driving around the neighborhood in a Michael Meyers costume.

His three girls were his whole universe, the joy of his life. As hard as he would try to be the tough guy, all it took was a giggle or a bat of an eyelash and he would melt. His greatest accomplishment was being a proud father and a loving devoted husband. The last thing that he would have wanted to do is leave us.

Jon is survived by his wife, Barb, and daughters, Brynleigh (9) and Leilah (6) who will miss him dearly and cherish his memory. He is further survived by his parents Jack and Debbie Eckes, sister Tanya (Tom) Martinez, sister Sara (Nina) Eckes, his mother and father-in law Steve and Jill Enright, sibling’s in-law Jolie Landrum, James Landrum, Jon Enright, and Brooke (Ryan White) Enright. He was a cherished uncle to Angel. He is further survived by aunts, uncles, other relatives, and many, many friends.

He was preceded in death by his father in-law Stephen Landrum, uncle Scott Eckes, and maternal and paternal grandparents.

A Funeral Service will be held on April 3, 2021 at 2:00pm at the Phillip Funeral Home Chapel (1420 W Paradise Dr. West Bend) with Pastor Cristy Schoob presiding. Visitation will be at the funeral home from 11:00am until1:45pm. A Celebration of Life will follow at the Boltonville Firehall.
Read Less

To send flowers to the family or plant a tree in memory of Jon Ryan Eckes, please visit our Heartfelt Sympathies Store.

Receive notifications about information and event scheduling for Jon

We encourage you to share your most beloved memories of Jon here, so that the family and other loved ones can always see it. You can upload cherished photographs, or share your favorite stories, and can even comment on those shared by others.

The Gartman Family - Courtney, Troy, & Gavin and From your team at Aurora Grafton sent flowers to the family of Jon Ryan Eckes.
Show you care by sending flowers

Guaranteed hand delivery by a local florist
AT

Posted Apr 02, 2021 at 06:34pm
We are thinking of You the Girls and your family! With love and hugs, Chris & Heidi, Lewy & Lisa Jen & Taylor and your Forest View Manor family

Flowers were purchased and a memorial tree planted for the family of Jon Eckes. Send Flowers

Posted Apr 01, 2021 at 06:28pm
With deepest sympathy, The Beulen family - Deb, Aaron, Scott and Melissa and family, and Sean and Carly

Flowers were purchased for the family of Jon Eckes. Send Flowers

Posted Apr 01, 2021 at 03:49pm
Dear Sara and family, We are so sorry for the loss of your brother, Jon. We are sending good thoughts and prayers to you all. Love, Linda, Kim and Rez

Flowers were purchased and a memorial tree planted for the family of Jon Eckes. Send Flowers 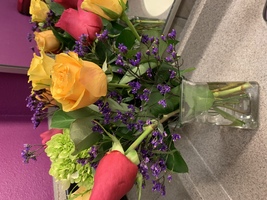