To share your memory on the wall of Kenneth Yahr, sign in using one of the following options:

He met and married Elizabeth Radtke on June 13,1964.They were married at St. Mary’s Catholic Church in Little Kohler.

For many years he was employed at West Bend Public Works . He got called into work when they had emergencies like when the city had a tornado, and the ice storm. And when West Bend had blizzards, he worked many long hours.

Ken enjoyed crossword puzzles, reading, traveling, genealogy and puttering in his downstairs workshop. He was a member of St. Francis Cabrini Catholic Church.

Ken is survived by his wife Elizabeth, his children Jeff from West Bend, Mark from Milwaukee, and Ann Troedel from West Bend. The family pet Kitty. His grandchildren Natasha and Andrew Troedel both from West Bend. His brother Bob Yahr from Janesville. And sister-in- law Dorothy Radtke from Fredonia. Ken is also survived by nieces, nephews, and other family and friends.

He was preceded in death by his parents Ray and Marie Yahr (nee Pfieffer), brother Carl Yahr, sister-in-law Nancy Yahr, brother and sister-in-law Marion and Leroy Mueller, and parents-in-law Herman and Lasella Radtke.

A special thank you to: The West Bend Rescue and police officers. And all the wonderful kind people at Froedtert Hospital in West Bend.

Private family services were held due to COVID-19.
Read Less

To send flowers to the family or plant a tree in memory of Kenneth Raymond Yahr, please visit our Heartfelt Sympathies Store.

Receive notifications about information and event scheduling for Kenneth

We encourage you to share your most beloved memories of Kenneth here, so that the family and other loved ones can always see it. You can upload cherished photographs, or share your favorite stories, and can even comment on those shared by others.

Posted Nov 22, 2020 at 06:55pm
Betty our sincere condolences to you and your family
Kenny was a great guy and will be missed
Comment Share
Share via: 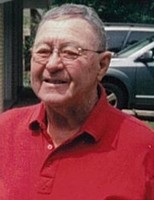