To share your memory on the wall of Kevin Juech, sign in using one of the following options:

Print
It’s with heavy hearts we have to say Kevin Thomas Juech often called “The Animal,” “Calvin,” “Ivan Putski,” “Kevy,” “Edd,” “Big Dog,” and “Kevin From Heaven” of The Town of Trenton, owner of Kevin’s Lawn Care and Eas... Read More
It’s with heavy hearts we have to say Kevin Thomas Juech often called “The Animal,” “Calvin,” “Ivan Putski,” “Kevy,” “Edd,” “Big Dog,” and “Kevin From Heaven” of The Town of Trenton, owner of Kevin’s Lawn Care and Eastside Landscape Supplies both of West Bend passed away unexpectedly on Wednesday, April 1, 2020, at 4:07a.m. at Aurora Hospital in Hartford of congestive heart failure, and heart complications. Kevin was born on April 14, 1958 to the late Melroy Juech and the late Judy Juech (nee Matenaer) at St. Joe’s Hospital of West Bend. Kevin went on to grade school at Holy Angels in West Bend and later went on to West Bend East High School completing 10 years. Kevin and school didn’t agree but he still became a very successful businessman! He then met the love of his life Dawn Juech (nee Solheim) known to some as “munch” and others as “MOTHER.” Kevin and Dawn were united in marriage on July 28, 1979, at St. John’s Lutheran Church in West Bend. In April of 1981, he decided to start up his own lawn care business, the first one in West Bend, driving around with the old Gremlin with the push mowers busting out the back window numerous times with the help of his brother-in-law and key employee Doug Solheim. Followed by Chris Peters that helped the business continue to grow to what it’s today and with much help from Jim Tilt sticking around for as many years as he did, and of course his two kids, Jason and Amanda that have been stuck working together getting into scraps day in and day out. Cutting lawns at night and being Mr. Busybody was him so he proceeded to work construction at many different places including Bruce Muckerheide Construction of West Bend and later went on to work at Henry R. Marohl in Wauwatosa as a heavy equipment operator where he learned howto pick up a penny on the forks of a skid loader without hooking any dirt before later retiring. After so called “retiring” he continued working for himself and his wife driving one of their quad-axle dump trucks. A few years went by and he decided not to drive the dump trucks on a full-time basis but rather start up Eastside Landscape Supplies of West Bend that opened Spring of 2005, which, he not only owned and operated but was known as a “relations manager” that guy really knew how to jack the jaw. Through out his wonderful, short, life he enjoyed spending the very little free time he did have with family, trillions of friends, and talking on the phone. People always said, “yeah I seen Kevin today in his loader with a cigar hanging out of the mouth and on the phone.” He was always in to speed and anything with a motor. He was into everything from four-wheeling with his CJ7 Jeep to racing his friends down the Milwaukee River with his pick-up truck. He loved racing period he raced limited late models many years at local tracks including Plymouth, Manitowoc, and Chilton. As times got more crazy with the businesses he hung up racing but was always still involved whether he was a push truck driver for the sprint car division, spectating, or visiting down in the race shop with good friends as they worked on his son, Jason’s, grand national. His newest little gig was watching Jason race rc trucks thinking he should even consider getting one for himself. He did enjoy having his Mustangs and telling his daughter, Amanda, that “his2013 Shelby GT500 would beat any of her cars.” However, the Shelby would never leave the garage and it has no miles on it because he would never take the time off of work to actually drive it. In the winter months you wood often find Kevin running around plowing snow puffing on an old cigar, splitting and hauling firewood, and watching the West Bend Bombers Hockey Team. Kevin and Dawn not only were sponsors of the West Bend Bombers Hockey Team but would also travel throughout the state to go and watch. One thing many people wouldn’t have seen in Kevin was the love he had for animals. He always enjoyed the welcome home by the howling of his daughter, Amanda’s, purebred Siberian Huskies as they could hear him approaching with one of the quads as he rattled the straight pipes and just couldn’t resist hitting that jake brake! He was hoping to have started a dog sled team with them guys.

Due to Covid-19 private visitation is being held. Interment will take place at West Bend Cemetery Association/Washington County Memorial Park. Celebration of life will be at a later date to be announced. Phillip Funeral Home of West Bend is assisting the family.

Flowers or donations are greatly appreciated and can be made at the time of the celebration of life in remembrance of Kevin Juech to the American Heart Association, Plymouth Dirt Track of Plymouth, Wisconsin, The West Bend Bombers Hockey Team of West Bend,Wisconsin, and The Washington County Humane Society.

The family would like to thank Dr. Trivedi and his complete nursing staff along with Dr. Malik and his complete nursing staff. Would also wish to thank all past and present employees for their continued support in helping the businesses grow to what they have become today. As well as a big thank you to all past and present customers for all their continued years of business and look forward to doing business with them in the future. A big thank you also to Phillip Funeral Home of West Bend and Slinger you’re all family.
Read Less

To send flowers to the family or plant a tree in memory of Kevin Thomas Juech, please visit our Heartfelt Sympathies Store.

Receive notifications about information and event scheduling for Kevin

We encourage you to share your most beloved memories of Kevin here, so that the family and other loved ones can always see it. You can upload cherished photographs, or share your favorite stories, and can even comment on those shared by others.

Guaranteed hand delivery by a local florist
A

Posted May 05, 2020 at 05:56pm
Words can't even nearly express how much I love you and miss you DAD ❤ Really wish you were here with us. I hear about you all the time whether it's working at the landscape or doing meters, everyone misses you so, so much😢 Can't wait until the day when I get to see you, again ❤😢
Comment Share
Share via:
A

Posted Apr 22, 2020 at 11:34pm
Really, really love you, miss you, and wish you were here with us DAD. Everyone is heartbroken by your passing and the Landscape will never be the same without you, your customers really loved you. Words can't nearly describe the love one had for you until we meet again, DAD ❤😢
Comment Share
Share via:
A 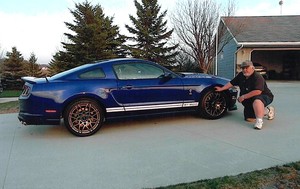 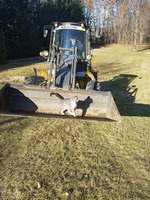