To share your memory on the wall of Larry Martiny, sign in using one of the following options:

Print
Larry S. Martiny of Campbellsport, passed away peacefully with his family by his side on Sunday, December 1, 2019 after a long battle with cancer.

Larry was born on June 10, 1956 in Sheboygan to Richard and Marilyn (nee Munnik) Martiny. ... Read More
Larry S. Martiny of Campbellsport, passed away peacefully with his family by his side on Sunday, December 1, 2019 after a long battle with cancer.

Larry was born on June 10, 1956 in Sheboygan to Richard and Marilyn (nee Munnik) Martiny. Graduated from Campbellsport High School, class of 1974. He then married Carol (nee Bassill) on June 26, 1976 at St. Matthew Catholic Church in Campbellsport. Larry was an electrician for Pieper Power for 40 + years. He started as an apprentice and worked his way up to General Foreman where he managed several large projects. Larry was inducted in the Campbellsport Athletic Hall of Fame on October 10, 2019. Larry enjoyed bowling, playing softball, hunting, fishing, telling stories with his friends, and traveling. But most of all, he loved spending time with his family and especially his grandchildren.

A Memorial Mass will be at 12:30 pm on Saturday, December 7, 2019 at St. Matthews Catholic Church (406 E. Main St., Campbellsport) with Rev. Mark Jones presiding. Interment to follow mass at St. Matthews Catholic Cemetery. Visitation will be at the church only on Saturday, December 7 from 9:30 am – 12:15 pm. In lieu of flowers, memorials are appreciated.

A Special Thank You to the Cancer Center at Froedtert Hospital along with family and friends for all their care and support for Larry.
Read Less

We encourage you to share your most beloved memories of Larry here, so that the family and other loved ones can always see it. You can upload cherished photographs, or share your favorite stories, and can even comment on those shared by others.

Flowers were purchased and a memorial tree planted for the family of Larry Martiny.

Posted Dec 05, 2019 at 09:00pm
Please accept my condolences. Larry is a shining example of a good man; hard working, caring, patient, kind. He is loved and remembered.

Mike Lane & Family purchased flowers and planted a memorial tree for the family of Larry Martiny.

Posted Dec 05, 2019 at 02:22pm
Sorry for the loss of Larry. Please except our deepest sympthy. A memory tree will will be planted in his name. 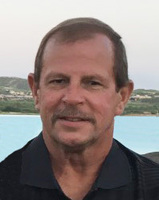