To share your memory on the wall of Margaret Feyrer, sign in using one of the following options:

To send flowers to the family or plant a tree in memory of Margaret Madeline Feyrer (Salamone), please visit our Heartfelt Sympathies Store.

Receive notifications about information and event scheduling for Margaret

We encourage you to share your most beloved memories of Margaret here, so that the family and other loved ones can always see it. You can upload cherished photographs, or share your favorite stories, and can even comment on those shared by others.

Posted Jul 15, 2020 at 02:02pm
No words can express our sympathy and sorrow in the loss of Marge. My mother Winifred was her 1st cousin, their mothers were sisters. We spent many visits in Hancock, Plainfield, Cedarburg, and Slinger, enjoying mouthfuls of cookies and much laughter. She will ALWAYS be in our hearts. The Family of Jim & Nancy Puechner and Winifred (Foti) Adamek

Posted Jul 15, 2020 at 01:06pm
Who his own self bare our sins in his own body on the tree, that we, being dead to sins, should live unto righteousness:

Posted Jul 14, 2020 at 06:58pm
Dear Feyrer family,
Deepest sympathy in the loss of your Mother. Your grandpa, Angelo Salamone, was my uncle. Which made your Mom and I cousins to each other. My wife and I were able to occasionally visit with Marge at family functions, she was always so warm and friendly.
Your family is truly blessed to have had such a wonderful lady be your Mom.

Posted Jul 14, 2020 at 03:34pm
Wishing you peace to bring comfort, courage to face the days ahead and loving memories to forever hold in your hearts.

The Frankfurth Family purchased flowers for the family of Margaret Feyrer. Send Flowers

Posted Jul 12, 2020 at 04:22pm
When we lose a loved one here on earth - we gain an angel in heaven that watches over us. Your mother was a beautiful lady and she will be truly missed and will always be remembered. Our most sincere condolences to your family.
Diane and Bill Marek and Family My mother (Big Victoria) and your mother were first cousins. Your Grandfather (Angelo) and my Grandmother (Angeline) were brother and sister..
Comment Share
Share via: 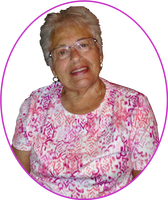 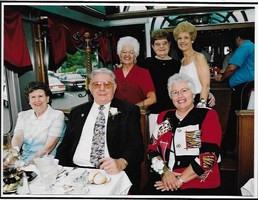 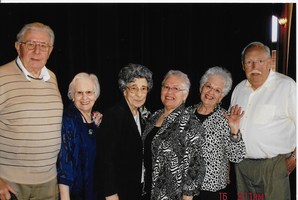