To share your memory on the wall of Paul Dempsey, sign in using one of the following options:

Print
In the early morning hours of Saturday, April 17, 2021, Paul Stephen Dempsey of West Bend, WI passed away at age 69. He was surrounded by his family.

Paul was born in Philadelphia, Pennsylvania to Jay and Dorothy Dempsey; and was the sec... Read More
In the early morning hours of Saturday, April 17, 2021, Paul Stephen Dempsey of West Bend, WI passed away at age 69. He was surrounded by his family.

Paul was born in Philadelphia, Pennsylvania to Jay and Dorothy Dempsey; and was the second oldest of eight siblings. He and his family moved to Grafton, WI as a teenager where he met the love of his life, Jane Marie. Paul and Jane began “going steady” on April 13 of 1969 and went on to celebrate a long and loving marriage. Together they raised two children, Harley and Heather, and created many fond memories, often traveling by motorcycle sight-seeing and camping throughout the country.

Paul worked as a machinist at Mercury Marine for 43 years. He enjoyed spending time outdoors at the family cabin in Crivitz hunting and fishing, and had a passion for Harley Davidson motorcycles. Paul loved GOD and could always be counted on to lead a prayer. He was proud of his family, never missing any of his children’s activities if he could help it. He was a caring husband, father and “Pappy.” Paul had an amazing sense of humor, constantly making people laugh, often-times unintentionally. He was an artist and an inventor, and could fix just about anything. Paul loved to chat and befriended literally every person he met.

He will be dearly missed by his many surviving family members, including his wife Jane, son Harley (Roxane), daughter Heather (Dino), and granddaughters, Allexia, Antonia and Sophia. Paul will remain in the hearts of his mother, Dorothy Ruth, sister-in-law, Linda Dempsey, brothers David, Ted, and Tom (Joyce), and sisters Joanne (Kevin) Kruse and Mary Moore (Danny Wells). He is loved by surviving in-laws Catherine and T Larsen, Sally and Dan King, Skip and Christy Meider, Bob and Diane Schotzko, Diane and Chris Riechers. He is also survived by many beloved nieces, nephews, and friends.

The family would like to express a heartfelt thank you to the doctors, nurses, techs and chaplains at the Froedtert West Bend Hospital for making Paul’s multiple lengthy hospital visits of the past couple months as comfortable as possible, and even making it fun for him at times.

A celebration of Paul’s life will be held on Saturday, April 24 from 2PM – 5PM at the Dennis Stockhausen Senior Center at 2380 West Washington Street, West Bend WI 53090. In honor of Paul’s favorite fashion, feel free to wear your favorite flannel shirt!
Read Less

To send flowers to the family or plant a tree in memory of Paul Stephen Dempsey, please visit our Heartfelt Sympathies Store.

Receive notifications about information and event scheduling for Paul

We encourage you to share your most beloved memories of Paul here, so that the family and other loved ones can always see it. You can upload cherished photographs, or share your favorite stories, and can even comment on those shared by others.

Mary and Danny, Gilbert, Elizabeth, Catherine and Family, and other have sent flowers to the family of Paul Stephen Dempsey.
Show you care by sending flowers

Posted Apr 23, 2021 at 12:55pm
Paul completed his earthly adventure, the planting of this tree symbolizes that milestone, but, like this tree, I believe that he still lives on. Love

Mary and Danny purchased flowers and planted a memorial tree for the family of Paul Dempsey. Send Flowers

Flowers were purchased for the family of Paul Dempsey. Send Flowers

Flowers were purchased for the family of Paul Dempsey. Send Flowers 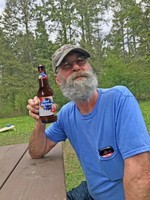