To share your memory on the wall of Richard Rauch, sign in using one of the following options:

Provide comfort for the family of Richard Rauch with a meaningful gesture of sympathy.

Dick is preceded in death by his brother John V. Rauch.

The family would like to thank the staff at Aurora Grafton for their loving care of Richard.

Doris and Ron Rauch, Your friends with the SRC team at GEHC, and others have sent flowers to the family of Richard O. "Dick" Rauch.
Show you care by sending flowers

Posted Feb 23, 2019 at 12:18pm
So thankful for all the great deer hunting experiences I was able to enjoy with Dick, his family, and my Dad and brother. What great memories! So sorry to hear of his passing, God bless the Rauch family at this time and give them peace.
Dennis and Susan Pedersen
Comment Share
Share via:
MW

Posted Feb 23, 2019 at 11:57am
We lost a good man, liked and admired by all. Prayers for the family and all who the honor of knowing and serving with Dick. Semper Fi.
Comment Share
Share via:
MG

Posted Feb 22, 2019 at 10:59pm
Dick was my Sgt on the TEU. He was the best boss I had. He went smelting with me one night after work and the two of us had a ball. I could tease him and he could give me the best funniest shots and we would be both laughing for a while. Take care my friend and know that God will welcome you into his Kingdom for you served Him and your community in the highest standards of a Milwaukee Police Sergeant and a true Christian.

To the family of Dick, my condolences. Dick was the finest Sergeant I had on the TEU. We even went smelting one evening after work and had a ball. We could tease each other and laugh at each other and keep our lives both professional and friendly. He was one of the most classiest persons I ever knew. God bless you Dick and may He hold you in His arms and give you comfort. You truly deserve it. Mark and Diana Galaszewski 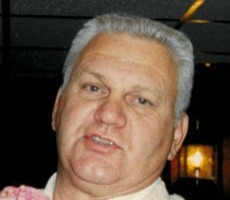